Science Exploration Moon Day – despite landing during a week-long heat wave – attracted many Long Islanders, especially families, to the Tackapausha Museum and Preserve in Seaford, New York, on July 20, 2013. 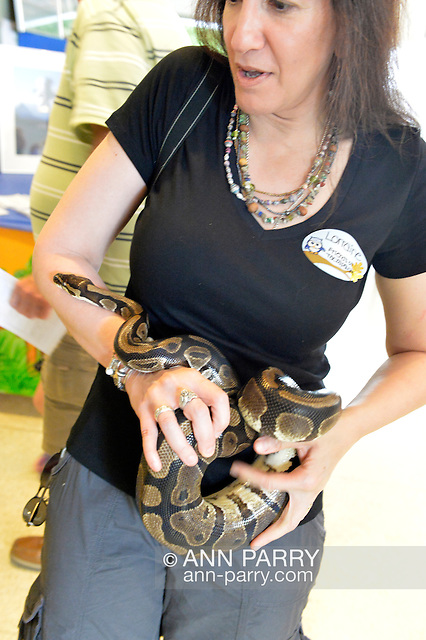 Members of Friends of Tackapausha and seasonal and part-time employees and volunteers at Tackapausha walked around animal residents, such as Zouzi the corn snake and MAPLE the Rabbit.

And children and adults were actively engaged in the science projects, such as creating green slime in the museum, and shooting off water bottle rockets outdoors.