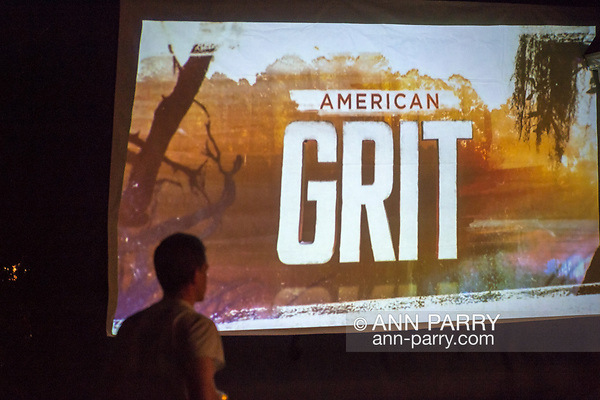 Chris – who described himself on the Fox reality TV show as being bullied and picked last for teams when he was a kid – invited every adult neighbor on both sides of the block his family lives on to the Viewing Party he and his wife Joan hosted for the premiere of the new season. 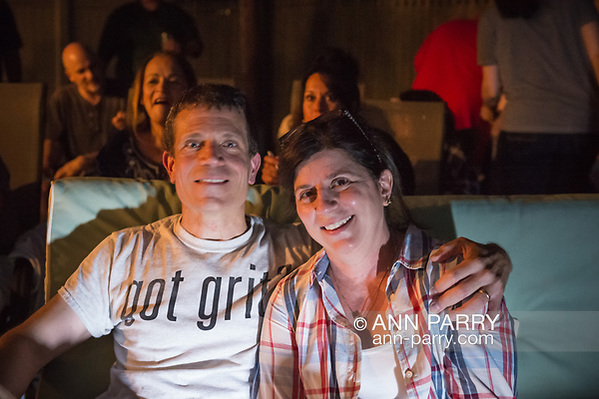 The night of the party, when I parked my car, slung my camera across my chest, and walked across the dead end street, I thought back to the 1960s when it was actually a mostly-dead end (as Miracle Max from Princess Bride might put it).

Back then, its rounded end had a limited outlet that brought extra cars and pedestrians, including my best friend Judy and me walking to and from school each day. 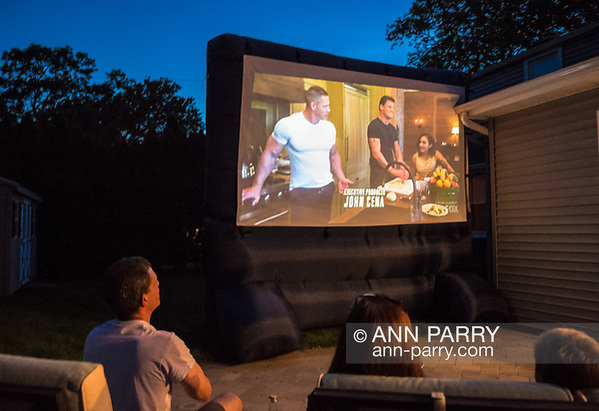 But that Sunday night, the block felt – uncommon. The air itself seemed charged with some special energy that grew stronger when I joined the crowd at the Viewing Party. 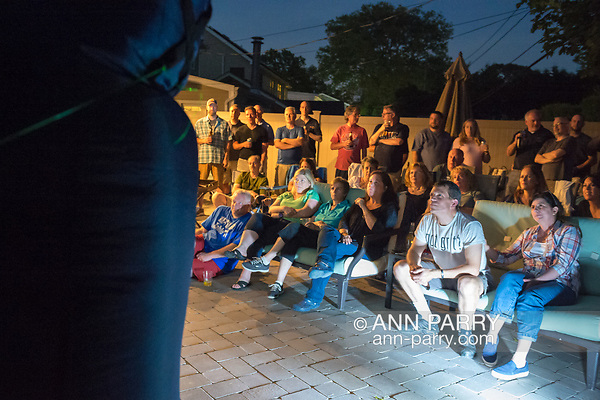 What a turnout! About 60 of Chris and his wife Joan’s family, neighbors and other friends filled the Edoms’ backyard to watch the first episode.

Before the episode started, Chris had the biggest smile as he told everyone how close the contestants have stayed, how many will be getting together to watch a future episode, and how they’re his American Grit family.

Then the words “American Grit” filled the huge inflatable screen borrowed from a neighbor. The show began. Guests cheered when Chris appeared on screen, held their breath when challenges got tough, and waited in suspense to find out:

Will Chris be picked for one of the 4 teams — or will “the last kid picked for teams” be the first contestant “ringing out” of the competition and the chance to win the cash prize at end of “American Grit”? 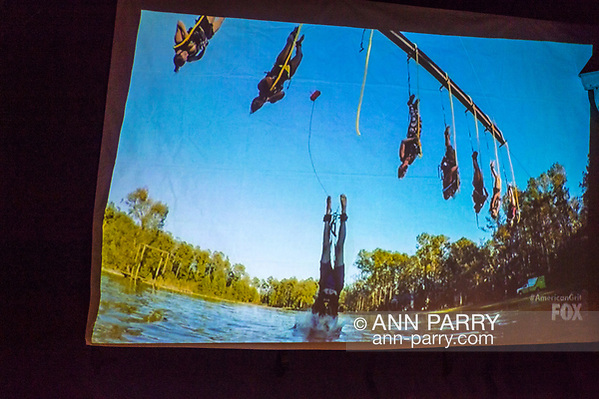