Around 3:30 the Sunday of Memorial Day Weekend, I went to Norman J Levy Park & Preserve. After parking in the crowded parking lot, I headed to the path with the sign “Shortest Way to Top” – since I hoped to get a hilltop view of the Bethpage New York Air Show in progress at nearby Jones Beach. 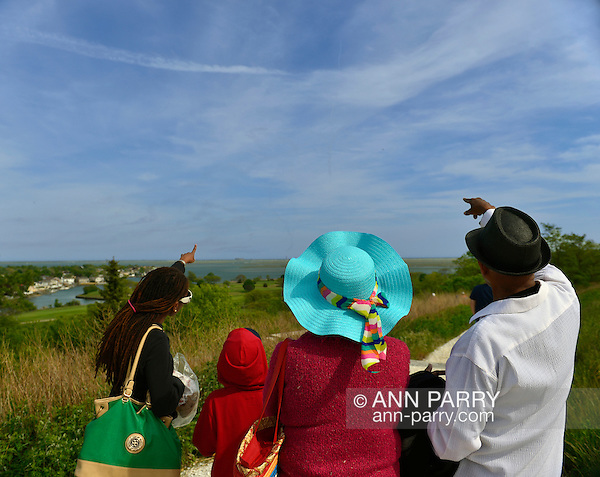 Earlier that day, I heard that Jones Beach filled to capacity before the air show even started, so major roads leading there were closed. So I wasn’t surprised to see groups of people scattered throughout the hilltop and pointing south to where planes were leaving contrails in the sky. The performers, too distant from Levy Park to identify, included Thunderbirds, Golden Knights, and GEICO SkyWriters, and more. 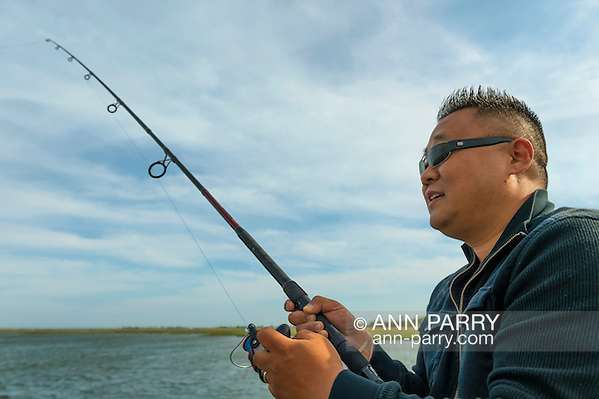 When the show ended, I headed south on the winding trail leading down to the park’s fishing pier.

At the far end of the 500-foot-long wooden pier, I enjoyed the cool breeze and watched kayakers in Merrick Bay, and chatted with fellow visitors Rev. DAVID YI and his parishioners. They had planned to fish at Jones Beach, but finding Meadowbrook Parkway closed, cast their reels at South Merrick’s Levy Park instead.