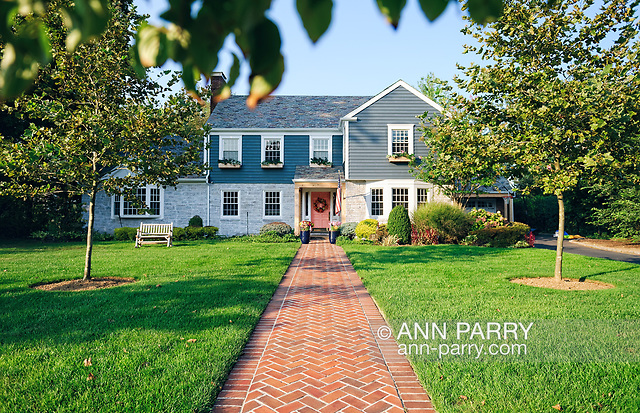 The Colonial, which overlooks the Rockville Links Golf Course, reminded me of the homes in the RVC area my family lived in during the late 1980’s.

Checking Google maps, I saw the former Ginsburg – and current Chloe and Brian Schiele – family home was less than a mile north of where my family lived decades ago.

I simply had to photograph where the woman who would become the Notorious RBG was married.

Soon after arriving, I met BRIAN SCHIELE and his daughter MAEVE, and we chatted as I captured photos. 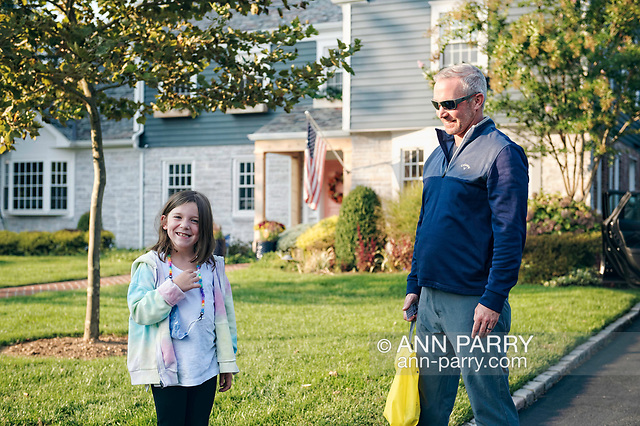 Rockville Centre, New York, U.S. September 22, 2020. L-R, MAEVE SCHIELE, 7, and her father BRIAN SCHIELE are standing in front of their home, where Ruth Bader and Martin Ginsburg were married in 1954. (© 2020 Ann Parry/AnnParry.com)

Though her parents have known about the Ginsburg connection since they bought the house in 2016 from Martin Ginsburg’s sister and brother-in-law, Claire and Edward Stiepleman, Maeve first found out after Justice Ginsburg died.

Since then, Maeve has had a chance to share the history of her home with her classmates.

When asked how the past few days have been, Meave said, “It’s overwhelming!” 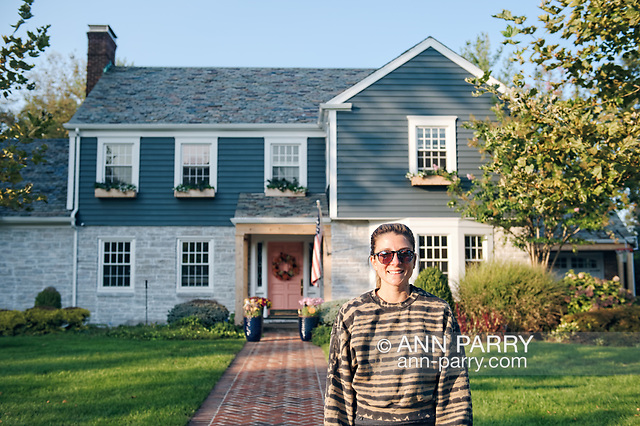 Later, though clearly busy, CHLOE SCHIELE kindly paused so I could photograph her in the front yard.

Bader and Ginsburg chose to have their wedding at his family house so they could save money for their European honeymoon.

Ruth Bader also lived at the home for a while, and Brian Schielle pointed out the room he GUESSED was her bedroom.  It had been built as a maid’s room and was on the right side of the house. He felt it was likely the other bedrooms were already occupied by the Ginsburg family.

To learn more about pancreatic cancer & to donate towards its research: