This Saturday morning, I visited the Old Bethpage Village Restoration’s re-creation of life at Camp Scott, a Union Training Camp located, back in 1861, where the Mineola Court House is now. 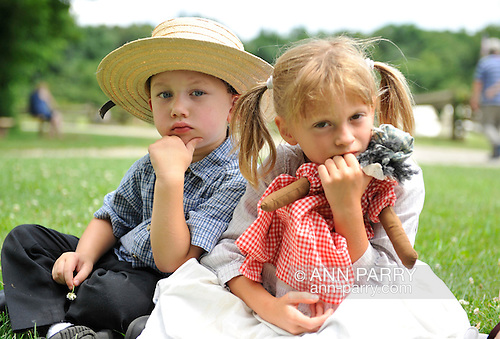 And I was thrilled the blue blue sky with big white clouds held through the whole day, for it was the perfect background for the federal re-enactors in their blue and red uniforms, as they commemorated the 150th Anniversary of the American Civil War.

The troops performed military maneuvers, fired muskets, ate at the Commissary, and went about life in general at the camp. And nearby, their wives and young children wore authentic Civil War era clothing.