During the March 14, 2012 State of the County Address, Nassau County’s Movie Industry was one of the topics highlighted by County Executive EDWARD MANGANO. 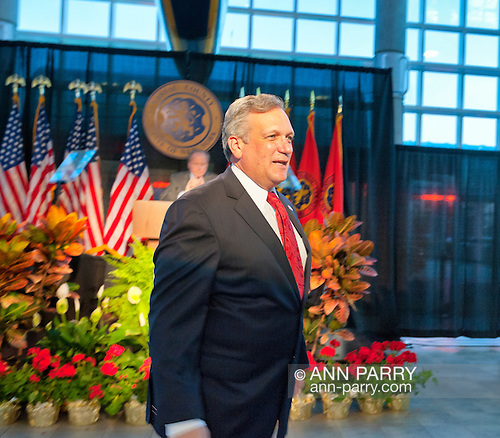 I already knew about one of the films mentioned – the Phil Spector Biopic (2012), starring Al Pacino and Helen Mirren – because my daughter Sue was an Extra when some scenes were shot at Nassau County’s Theodore Roosevelt Executive and Legislative Building, Mineola, in 2011.

Understandably, Extras aren’t supposed to start chatting with principal actors, but when my daughter was positioned near Ms. Mirren on the grand stairway leading to the building’s entrance, Sue was concerned how Mirren’s shawl was dragging on the steps.

So  – when the cameras weren’t on – Sue pointed out the hazardously droopy shawl to Ms. Mirren, who was charmingly grateful for the head’s up.

Nassau County State of the County Address 2012: my PHOTO GALLERY