Last weekend’s Eternal Con 2014 was even more colorful and lively than I expected – with sci-fi, horror, comics artists, comic books & other collectibles, gaming, celebrities, and costumes – outside and inside the Cradle of Aviation Museum. 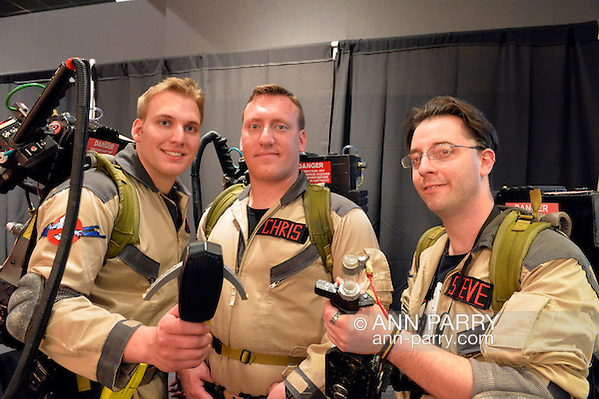 A few of the many people I got a chance to see were Armored Combat League members USA Knights, Amtgard & Dagorhir, the charitable volunteer group Long Island Ghostbusters, ZIPPY DEE THE WONDER DUMMY, LINDSAY LOWE Comics fashionista, members of NYC Harry Potter meetup group “The Group That Shall Not Be Named,” and actress CATHERINE MARY STEWART.

And it certainly was family fun, for Saturday morning, hours before I visited, my older daughter’s family enjoyed watching the Cosplay Parade, visiting booths selling rare Transformers, and more.