The Miss Wantagh Pageant has been a tradition here on Long Island, New York, since 1956. 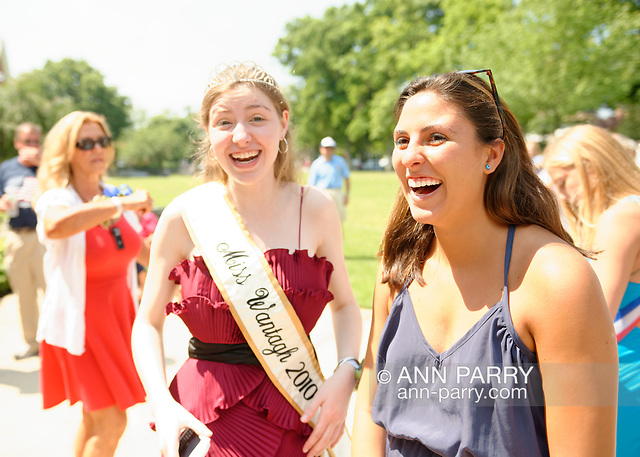 Soon after yesterday’s Wantagh July 4th Parade, a large crowd gathered on the front lawn of the Wantagh Elementary School on Beech Street for the Miss Wantagh Pageant winner announcement and Crowning Ceremony.

Miss Wantagh 2011, KARA ARENA, sang two patriotic songs in such a lovely voice it was easy to mistakenly assume artistic talent is one of the qualities contestants are judged on. In fact, the Miss Wantagh Pageant, which is not a beauty pageant, crowns a high school student based mainly on her academic excellence and community service. 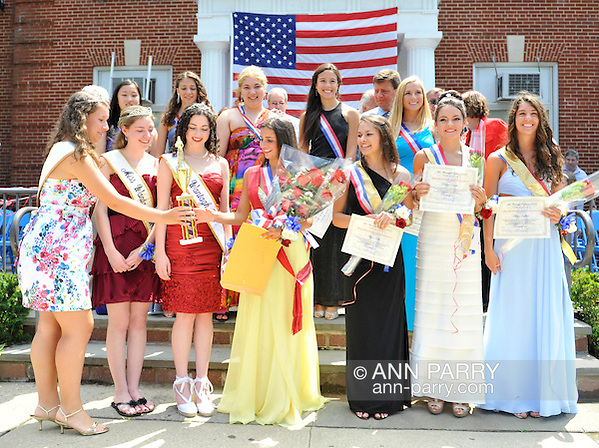 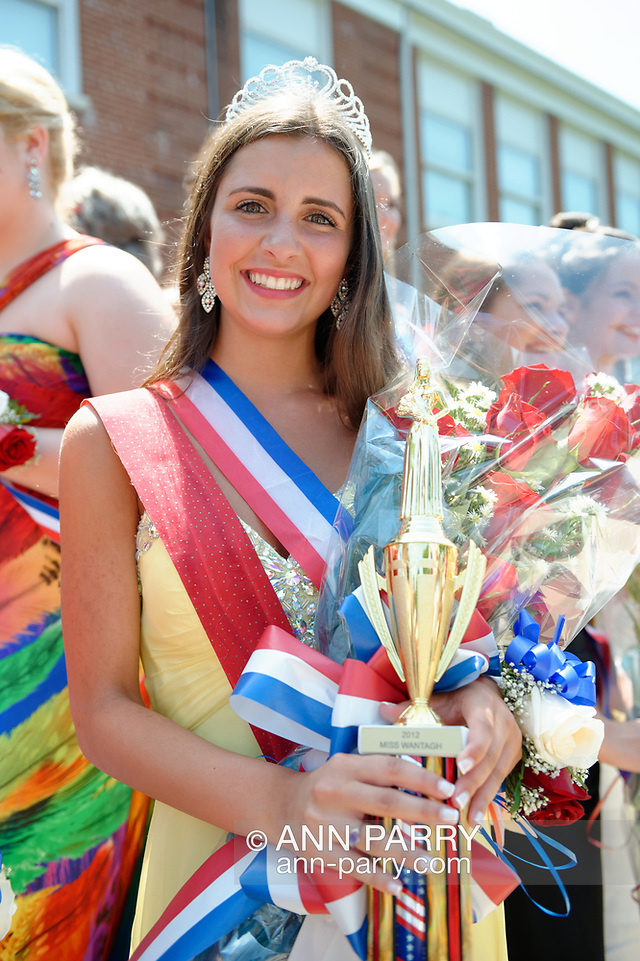 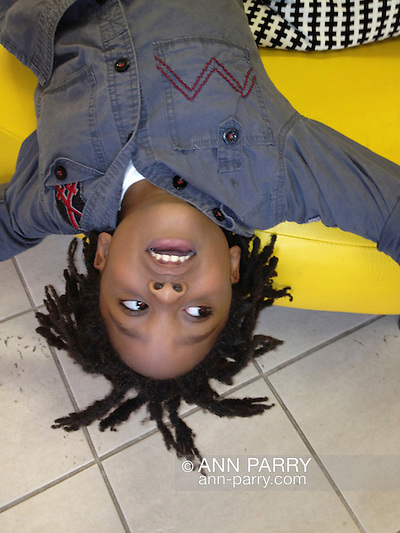 iPhone 4S photo: I took the above unretouched photo on Oct. 16, 2011, during Long Island Center of Photography‘s Reception for the Family Portrait Day exhibit at the African American Museum in Hempstead, NY.

When the doorbell rang and I saw the UPS delivery person with the smaller-than-a-brick-size brown box, I smiled, rhetorically asking, “Is that it – the iPhone?” I explained I was happy to see him, since I’d planned to stay home that day until I could sign for the phone, however long it took. He laughed, saying I sure wasn’t the first to tell him that.

After listening one last time to voice messages on the 2+ years old LG Dare and backing up Contacts, I connected the black  iPhone 4S to the Mac via USB, followed easy directions to activate the phone, synched it with my apps, music, books, enabled iCloud and iMessage, downloaded the Verizon Contact Transfer app… in short, I was adding a tiny computer to my network.

The least fun was after I synched apps. I ended up with 11 screens of apps, so – from iTunes on my Mac – I spent about 20 minutes organizing the apps onto 2 screens. Then when I hit “synch” a message asked if I really wanted to delete a particular app, and I wasn’t 100% sure, so I hit “cancel.”  But that didn’t just cancel deleting the app (which it turns out I did want to delete), but I was back to 11 screens of apps! So I had to start all over again.

The second least fun was when I synced Contacts.  I over-synched, using gmail, Calendar apps, iCloud, Microsoft Exchange…,  and ended up with up to 6 duplicates of certain contacts. Less (synching) would have been more (efficient). 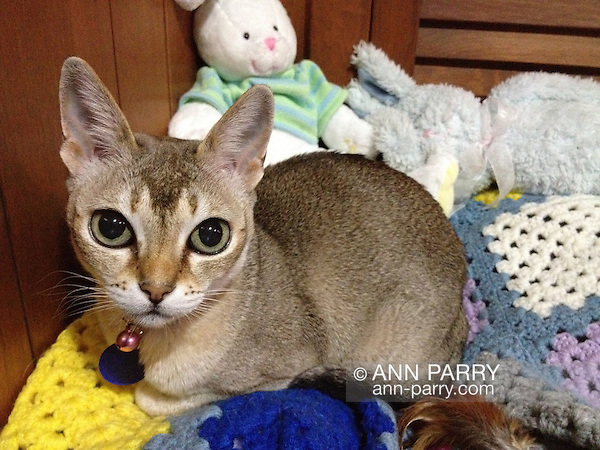 iPhone 4S photo: I captured the above photo the night of October, 14, 2011, in a  corner of room, with lens inches from cat’s face. Auto white balance is great.

Siri seems promising, though I haven’t given it much of a test run yet. When I asked it, “What will tomorrow’s weather be like?” it said “It looks windy” and showed the week’s weather forecast for my town on the screen. The biggest iPhone 4S fun I’m looking forward to is having face time calls with my brother’s family, once their iPhone 4S phones arrive later this month.