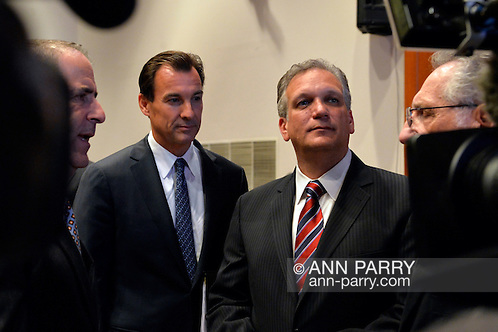 More than once, the moderator asked for restraint from groups of hecklers in the audience.

Opponents Suozzi and Mangano face a rematch in the November 5, 2013 elections.