Travel was strictly for the birds last weekend, when Winter Storm Jonas brought so much gusting snow that Governor Cuomo declared a State of Emergency and later banned travel. 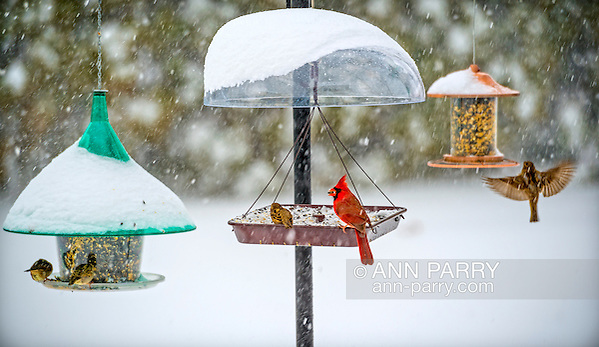 As the storm was at its strongest mid-Saturday, I captured photos of wrens, robin red crests, cardinals, and pigeons at our bird feeders. Since I was aiming my Nikon through our open dining room window, I first put our two cats safely behind a shut door of another room. 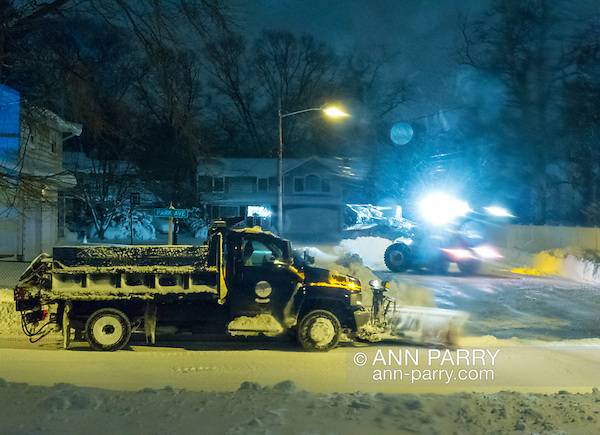 Town of Hempstead Highway Department crews were working around the clock that weekend, and their long hard work showed. In fact, I saw a cul de sac near Park Avenue School cleared of snow before breakfast time Sunday. 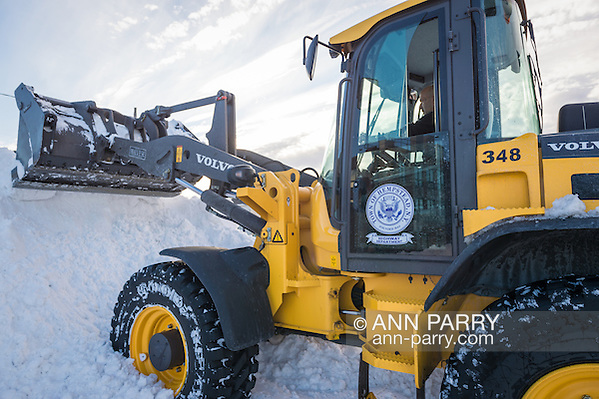 Sunday afternoon, I took my all-wheel drive for a quick visit to downtown Merrick, where Town of Hempstead crews were plowing over two-feet of snow from the parking lots for the Merrick Long Island Rail Road Station and Merrick United States Post Office.

And I was absolutely thrilled I charged extra batteries and picked up extra bottles of water on Friday for nothing, since we didn’t lose electricity.