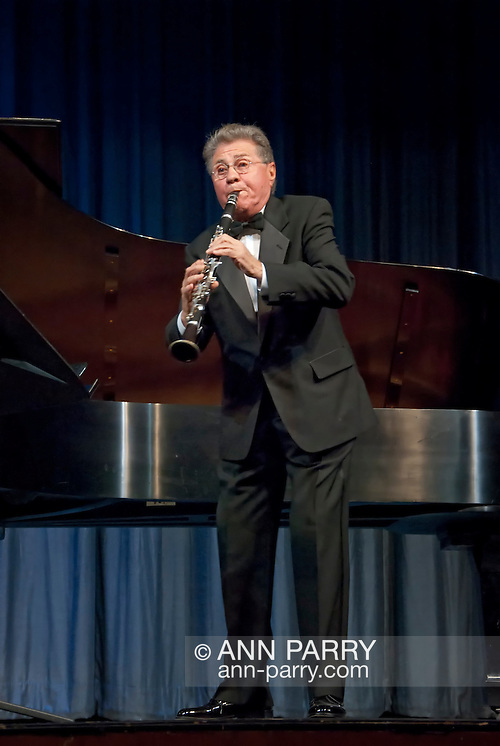 While dropping off concert flyers at the Drucker home the week before the concert, I told Mrs. Drucker I’d like to take photos during concert night. She looked up, smiling. “Since you’re a photographer,” she said, “you might enjoy our photos.”

What an understatement! And suddenly I was on a fun and moving tour of photos, posters, and other artwork throughout their home, including guest bathroom – all which helped bring to life the professional musical careers of the Drucker family: dad Stanley and mom Naomi, classical musicians; son LEON, double bassist Lee Rocker for The Stray Cats; and daughter ROSANNE DRUCKER, alternative country singer. 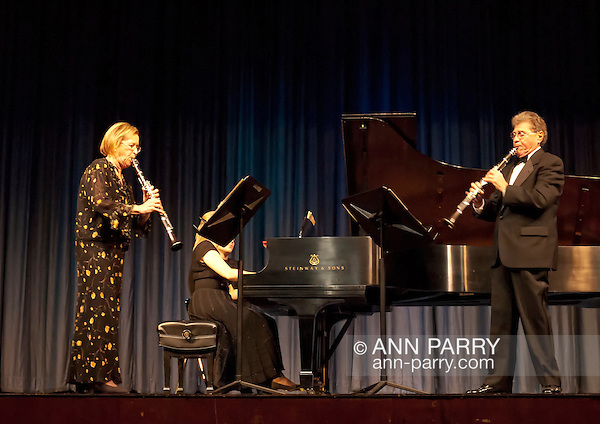 Naomi Drucker is an enchanting wood sprite come to life, which made me look forward to the concert not only for the music, but for the chance to photograph such warm, charismatic Long Islanders. 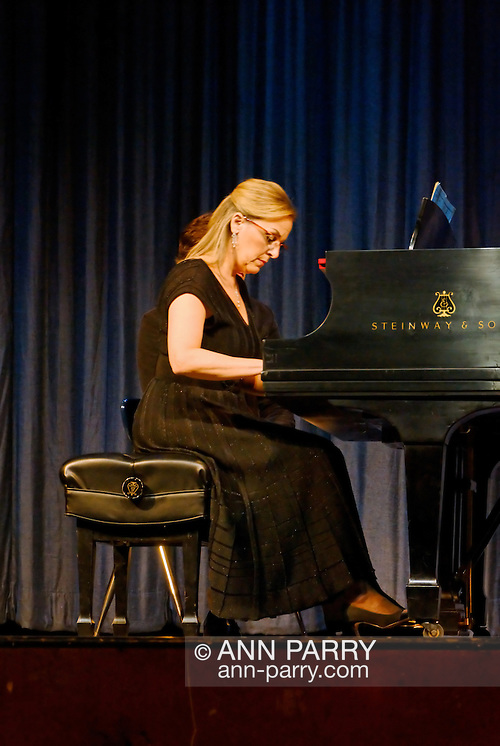 It can be quite challenging to capture concert photos of instrumentalists, where about 95% of the photo is dark costumes, grand piano, and stage curtains and the rest is face, hands, and a tuxedo shirt that all seem to be about 9-light-stops away. I used my Nikon D200 with Nikkor 18-200mm zoom lens, and did my best – including 1600 ISO and exposure compensation – but it’s motivated me to seriously consider getting the Nikkor 70-200mm f/2.8 lens, so I can use my Nikon D700 for similarly extreme lighting situations in future. 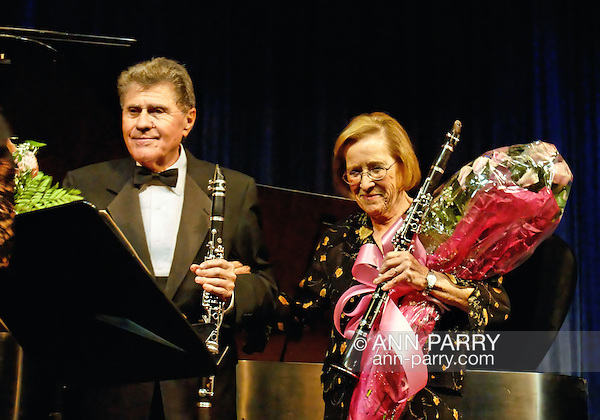 Though Mr. Drucker retired last year after a stellar 60 year career with the New York Philharmonic, he remains an active international performer.

When I think about how our Merrick Bellmore Community Concert Association* was formed a few years after Mr. Drucker joined the NY Philharmonic, I’m in awe of his legendary career.