When the Nikon D4 class I took with Steve Simon, the Passionate Photographer, finished around dinner time on November 9th, I walked around the block to capture night photos at Bryant Park in Manhattan. 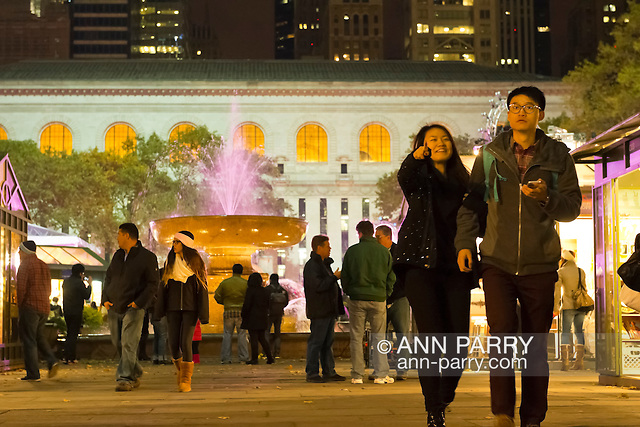 The Winter Village at Bryant Park has long been a visual and sentimental favorite of mine. 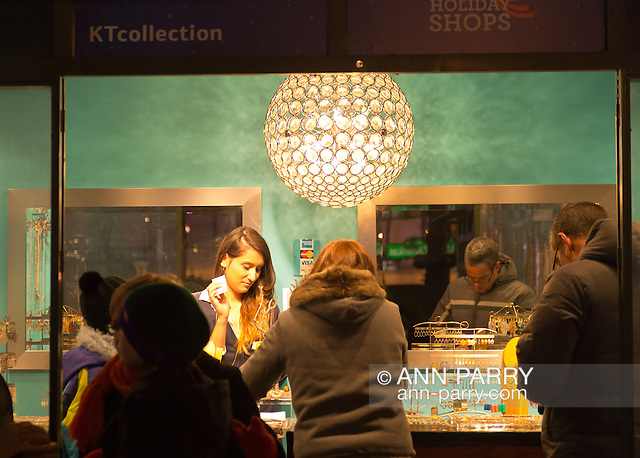 Elegant crystal chandeliers lit many of the shops. 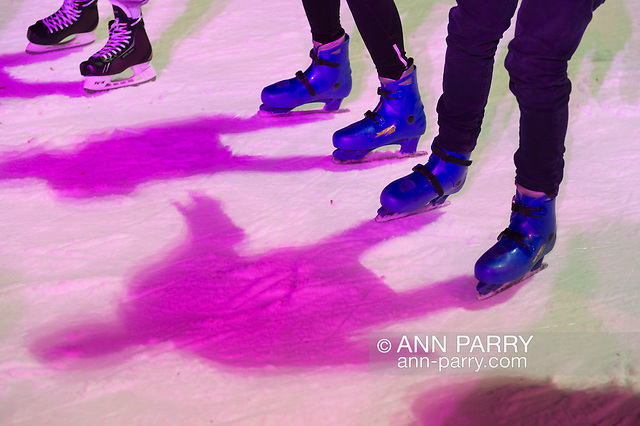 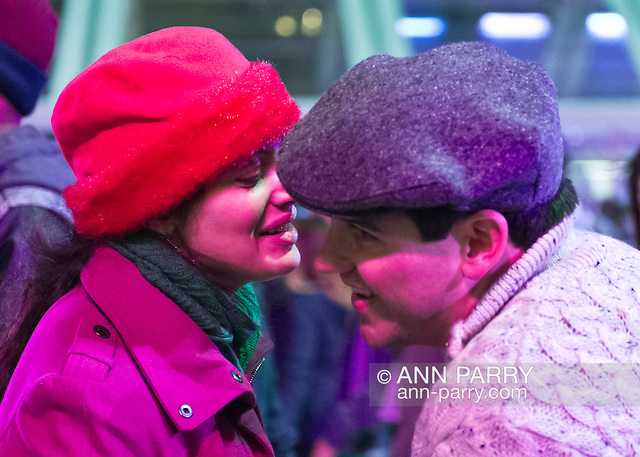 I’ll never forget that night, even if I hadn’t captured hundreds of photos, during my hours at Bryant Park.

For – though I didn’t know it until after I had a late dinner and was back home – about 90 minutes after I left the park, a shooter sprayed bullets in the rink and shot two people. On what started as a fun, festive night had turned into a tragic one.

UPDATE MID-2017:  On Jan. 25, 2017, a man was convicted of shooting two people at the Bryant Park ice skating rink late Saturday night, Nov. 9, 2013, when he was 16: After trying to take 20-year-old Javier Contreras’s coat, the teen shot him several times; a stray bullet hit bystander, Adonis Mera, 14, who was paralyzed from the waist down.

FEATURE PHOTO at top of post: Manhattan, New York, U.S. Nov. 9, 2013. At Bryant Park’s ice skating rink at night, the colorful rink is filled with people skating, many with friends.