Yesterday, DAVID AXELROD was the Signature Debate Speaker on “The Evolving Media and Political Landscape” – a Debate 2016 event at Hofstra University, which is hosting the first presidential debate between Hillary Clinton and Donald J. Trump later this month, on September 26. 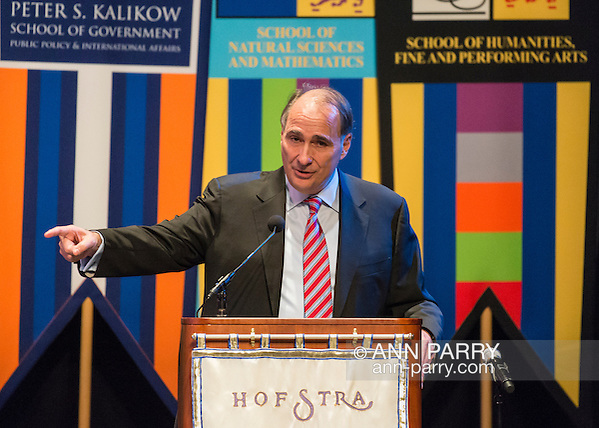 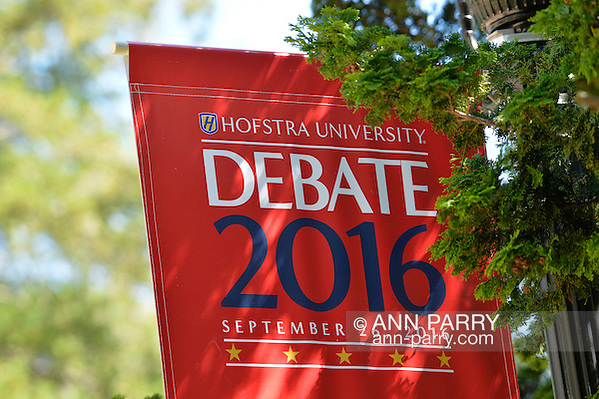 My favorite Q&A exchange began when a student referred to Axelrod’s advice to vote for one of the two major party candidates, rather than casting a statement vote for a candidate with no realistic chance of winning. The student then said he did not want to vote for either the Democrat or Republican nominee and indeed would vote for a 3rd party candidate.

So Axelrod gave an example of when protest votes for a 3rd party candidate may have affected the outcome of the election:

Unswayed, the student once again said he’d be voting for a 3rd party candidate.

Axelrod began to say something, then abruptly stopped, glanced up and then back at the student, and asked if he was from New York. When the student said yes he was, Axelrod cheerfully told him to go and vote away. The student smiled as he returned to his seat; the audience clapped.

FYI from LI: The most recent Republican presidential candidate to win New York was Ronald Reagan in 1984. 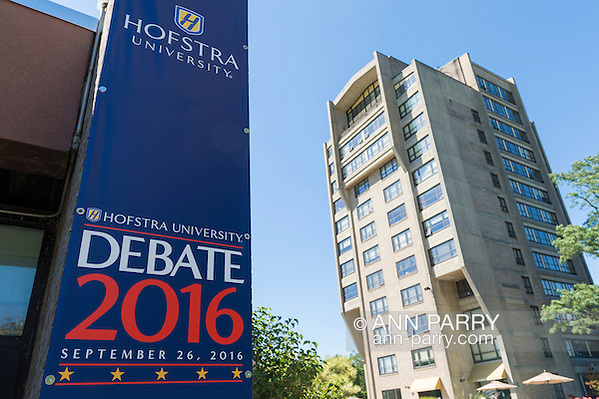 Hempstead, New York, USA. September 13, 2016. Hofstra University Debate 2016 banner is one of many displayed on the campus of Hofstra University, which will host the first Presidential Debate on Sept. 26. (© 2016 Ann Parry/Ann-Parry.com)

Hofstra will be the first ever university to host three consecutive U.S. presidential debates.

ALL Hofstra Debate 2016 events, unless otherwise noted on Hofstra’s site, are free and open to the public. RSVP is recommended.