Entering the first gallery of the “Over a Hundred Years of Photos” exhibits at the Nassau County Museum of Art, I spotted a docent with a group of visitors at the far right end of the room – and I love tours – so my friend Bob and I headed over to join them. 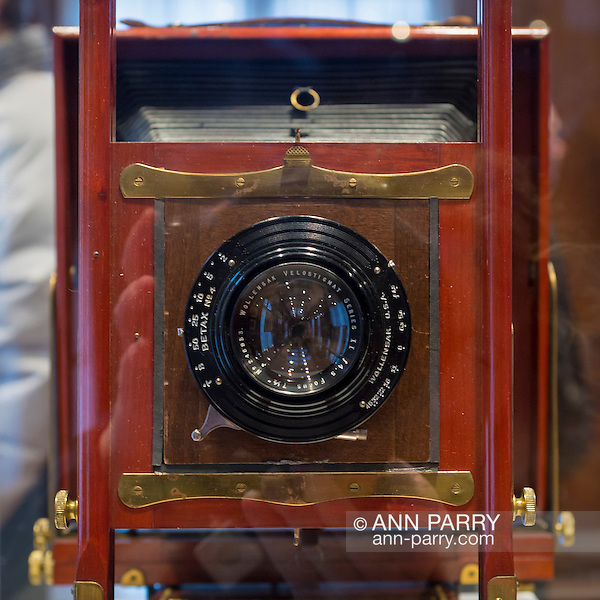 After a detour to study a large vintage wooden camera, I joined the tour as docent MAXINE HERSH was discussing first  “Animal Locomotion, Man and Donkey” in 1887, a series of 30 photo capturing the movement of subjects by groundbreaking motion-capture photographer EADWEARD MUYBRIDGE (American – 1830-1904), and then the iconic “Migrant Mother” in 1936, by American photographer DOROTHEA LANGE. 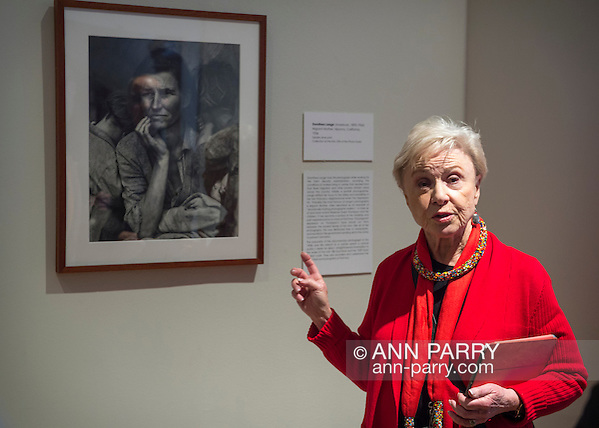 On the second floor was the “New Photos, Long Island Collects” exhibit. One of my favorite photos in the gallery rooms was an Eden-like image of two black girls by Dutch photographer RUUD VAN EMPEL. The young girls and their verdant paradise setting don’t actually exist in real life, however, for the image is composited from hundreds of photos, material swatches…. 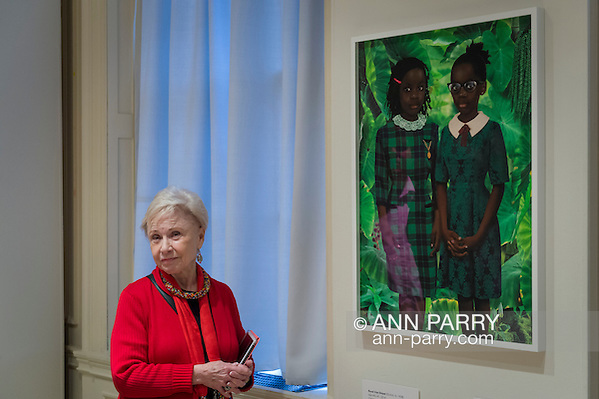 After the tour was over, Bob and I lingered In the hallway to enjoy two composite photos, “Conductor” and “Man on a Pier,” by Long Island photographer ALAN M. RICHARDS (b. 1944). Richards is a fellow member of the Long Island Center of Photography (LICP), and I’ve also admired his work during opening receptions at Long Island galleries in Huntington. 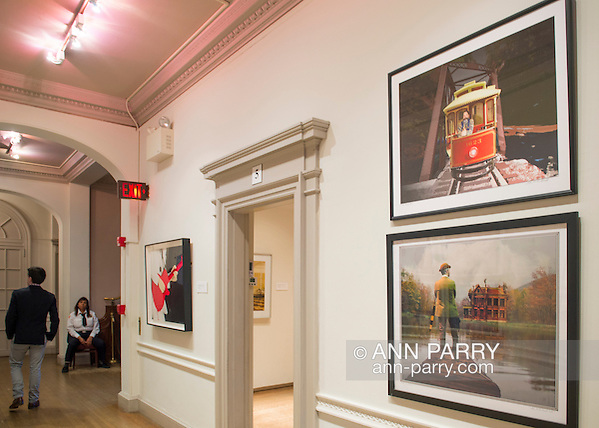 “Over 100 Years of Photos” exhibit: GALLERY