One of the things I most enjoy about covering Long Island over the years is getting to know our people, and I was happy to see quite a few familiar faces (and cars) at Sunday’s Antique Car Show. The 50th Annual Spring Meet Car Show sponsored by Greater New York Region Antique Automobile Club of America had over a thousand antique, classic, and custom cars throughout the vast green lawns of historic Old Westbury Gardens. 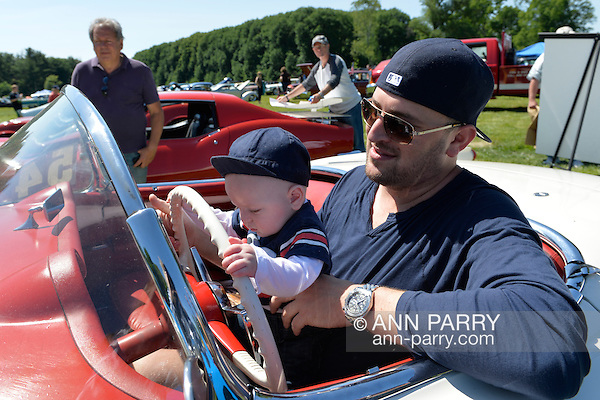 Some of new faces I met were: Ex-Chief NEIL HICKS and firefighter ALEX SEQUEIRA at the prize-winning Manhasset-Lakeville Fire Department truck; SAM GRECO and LAURA GRECO who brought 5 vintage cars to the show; likely the youngest ‘driver’ there, JACKSON STERN, with his dad JOSHUA STERN in Adam Heller’s 1954 Corvette; and Veteran JOHN GIORDANO and his fellow Marines giving Free Hugs at the Marine Corps League North Shore Queens Detachment #240 booth.

When I visited the trophy area, at first I didn’t recognize the charming woman – decked in pearls, vintage-style dress and black straw sunhat – who was getting ready to hand out the trophies. When an equally charming man, in dapper suit and straw hat with black band, came over and said his name, I realized they were ALTHEA TRAVIS and TOM MCCARTHY, the smiling couple I had captured photos of last December in Huntington at the Sparkboom Jingle Boom Holiday Bash! 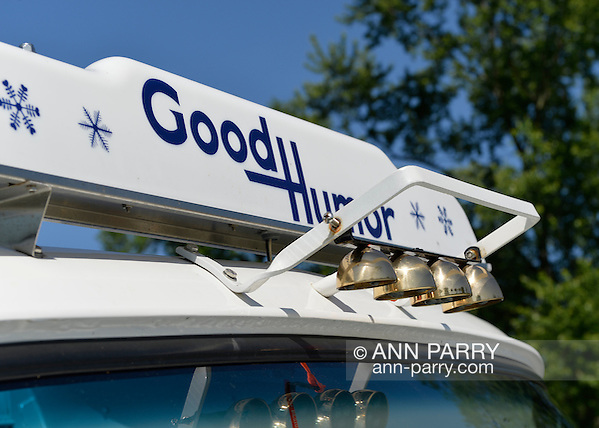 At the end of that warm spring day, I was happy RICHARD BLECH‘S The Vintage Ice Cream Guys 1966 Ford Good Humor Ice Cream Truck, with the 4 classic bells by the Bevin Brothers, was still stocked with frozen pops for sale.