A:  If he’s the gentle gorilla who’s the title character of SYLVIO – the fantasy film based on “Simply Sylvio” Vine videos – he wants to sit on the floor behind a table he uses as a stage to act out scenes of “Quiet Times with Herbert Herpels” with his hand puppet Herbert. 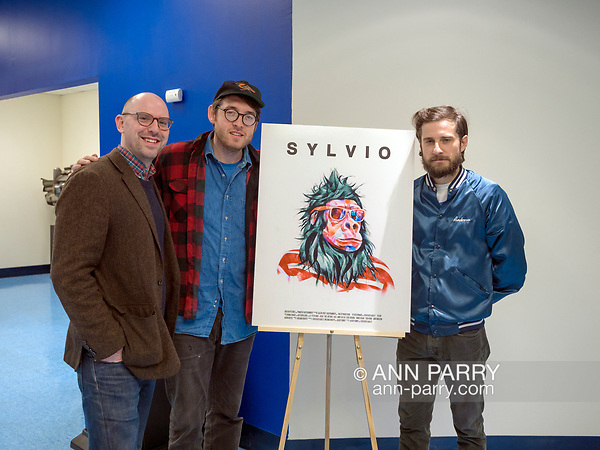 Before Twitter shut down Vine, “Simply Silvio” had over 500,000 followers. But when I heard Hofstra’s Herbert School of Communication was having a screening of SYLVIO, followed by a Q&A with ALBERT BIRNEY and KENTUCKER AUDLEY – the film’s co-directors & more – it was the first time I’d heard of the character.

Based on the movie poster, I could tell Sylvio was a gorilla who wore clothes and red sunglasses, and that’s about it, so I was curious. 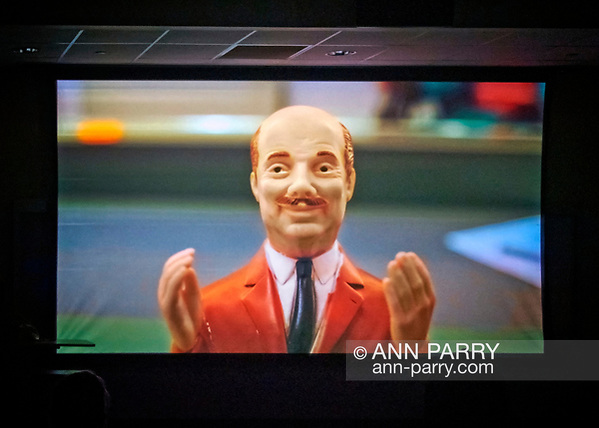 Sylvio, who doesn’t speak, works at a debt collection agency and must make an outside call to collect a debt from a man who hosts a talk show in his basement.

When Sylvio arrives, he’s mistaken for a juggler and sent onstage, where he ends up dropping things that break, loudly.

The talk show audience loves this, and Sylvio ends up chained to a wild on-air persona the opposite of who he wants to be, so he has tough decisions ahead of him…. 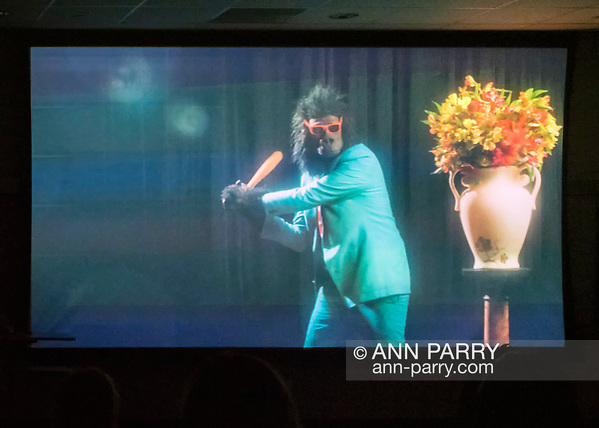 VIDEO: Panel discusses the central concept of the movie,  what’s most important to Sylvio the gorilla, and more in this excerpt:

Birney is the creator of the “Simply Sylvio” Vine character, and he and Audley are the film’s directors, and, with Meghan Doherty, its screenwriters.

The gorilla who doesn’t talk and the talk show host make a solid team.

Wordlessly, Birney expressively plays Sylvio Bernardi, who at least gets to grunt a few times. I’m not surprised I didn’t figure out on my own who played Sylvio, but I didn’t even realize Audley co-starred as Al Reynolds, the financially strapped talk show host, until he talked about it. 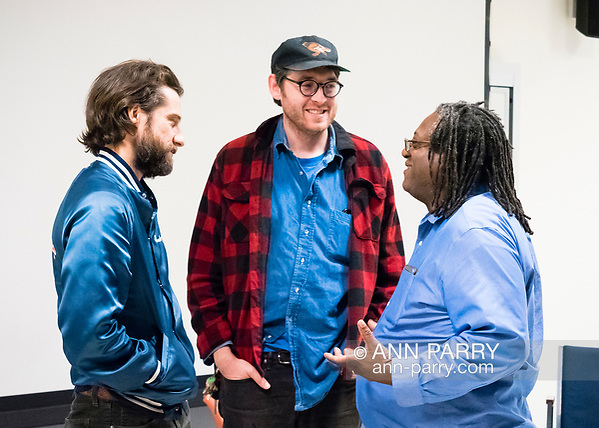 Sitting in the audience at Hofstra’s Breslin Hall that night, I was so moved by Sylvio and his quest to lead a simple, peaceful life that I have a feeling he’ll quietly be with me for a good while.