To make sure I understood it correctly, I read Hofstra University’s announcement twice that Pulitzer Prize winning journalists BOB WOODWARD and CARL BERNSTEIN were speaking there this year. 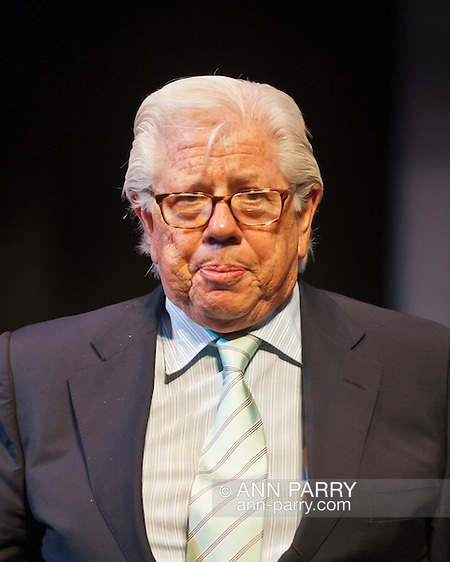 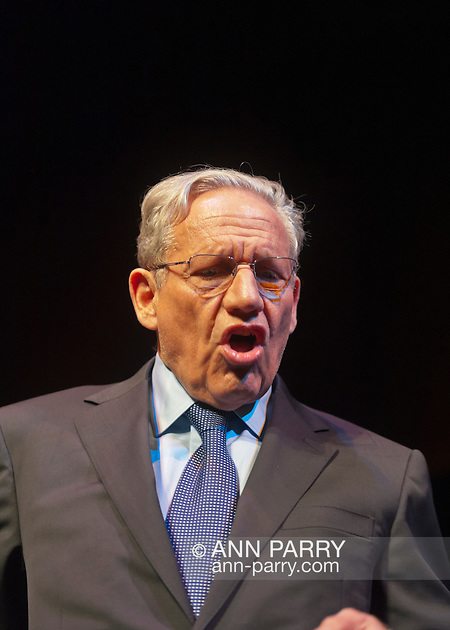 Ever since playing such pivotal roles in the Watergate scandal, America’s presidential earthquake in the 1970’s, the two have been investigative reporting rock stars, and I was going to see them!

Riding past the Watergate Hotel in 1973, during the summer I spent job hunting in Washington, DC, I stared at the curved buildings as if enough willpower could summon a recreation of the break-in at the Democratic National Committee headquarters there the year before.

In 1974 President Nixon resigned after investigations spearheaded by Washington Post journalists Bob Woodward and Carl Bernstein revealed break-in cover-up attempts that led all the way to the White House.

In 1976 the Academy Award-winning movie based on their non-fiction book All the President’s Men vividly brought to life the events that both brought down a president and profoundly altered the perception of the institution of the American presidency.

Back to the Present 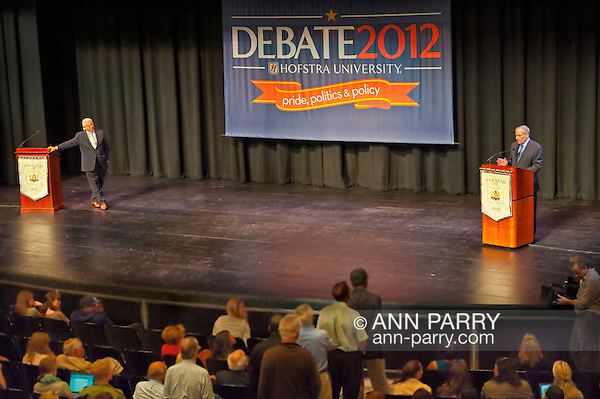 First they discussed their investigation into the break-in, and its cover-up, of the Democratic National Headquarters at the Watergate office complex in Wash. DC, which lead to the resignation of President Nixon.

Then the journalists answered questions from the full-house audience.

It was the first of a long series of outstanding Hofstra Debate 2012 Signature Events – all open and free to the public – that I covered this year. Talk about setting the bar high!