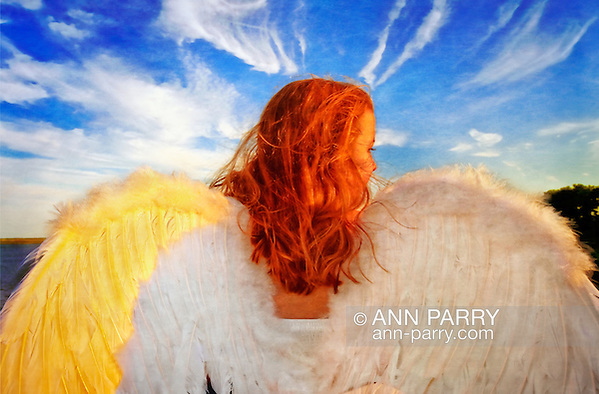 I enjoyed seeing the art of many of my fellow Long Island artists, and quite a few of the artists themselves.

The previous art show I participated in mainly featured my editorial photography, so for this show I chose “Angel at Dusk” – one of my creative portraits – captured during a summer photo shoot with my niece Elizabeth at Norman J Levy Park & Preserve.

Here’s a short photo video taken at the end of HAC’S Reception. Included are photographers  Susan Tiffen and Pamela Waldroup, each posing by her work.

I’m thrilled to be one of four artists in Huntington Arts Council’s “Her Story Through Art” Invitational Show! The Opening Reception – Friday, March 3, 2017, from 6-8 pm – is free and open to the public. 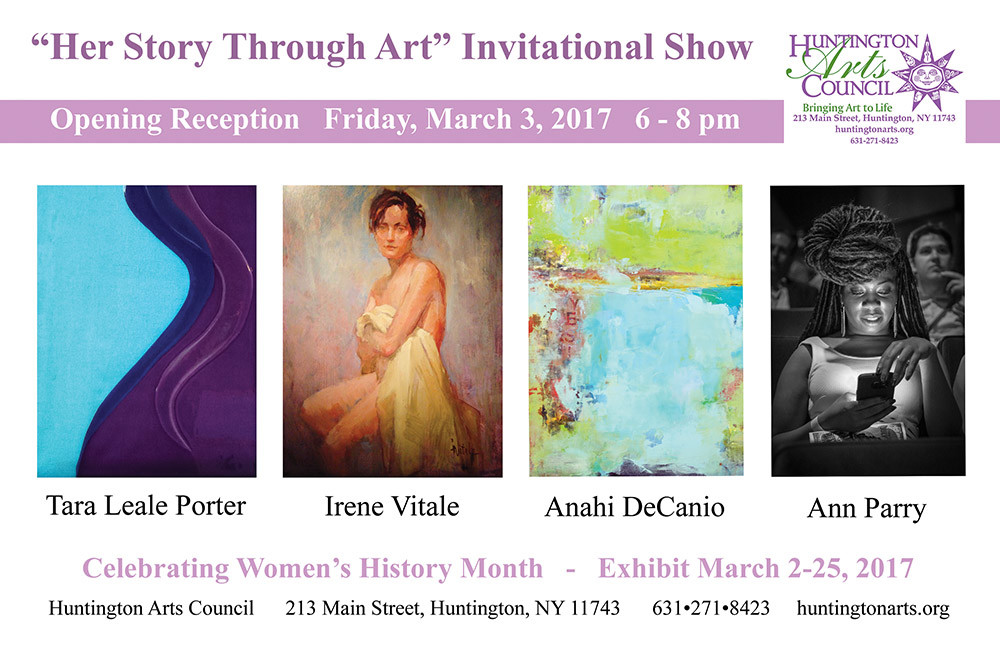 Since the exhibit celebrates Women’s History Month, I selected pieces from my portrait and news photography that focus on females of all ages – with emphasis on women passionately involved in civics and politics, the arts, and volunteering.

Fellow artists ANAHI DeCANIO, TARA LEALE PORTER, and IRENE VITALE are also showcased in this exhibit. It’s fun preparing for the exhibit with them, and I’m looking forward to seeing their work in person. 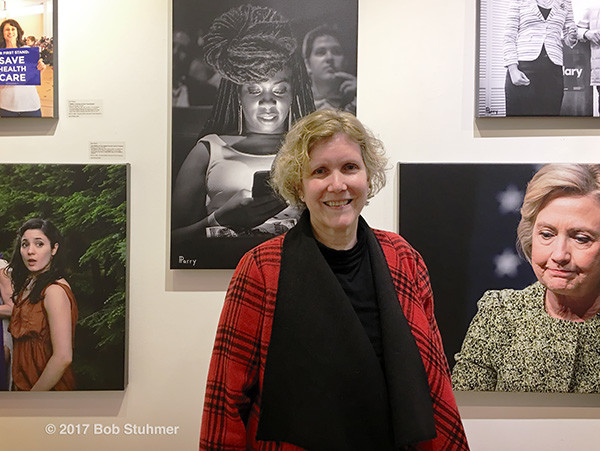 RECEPTION – MARCH 3, 2017 – Friday’s Opening Reception was special for so many reasons – most notably because guests experienced four such distinct approaches to women expressing themselves through art. And the cutest reason the night was special for me was that my grandchildren, who are one-and-a-half and almost five years old, were there, along with their mom, dad, and Aunt Laurie.

Other much-appreciated visitors included friends and fellow photographers from Long Island Center of Photography; plus, several people featured in my photos came with their families. 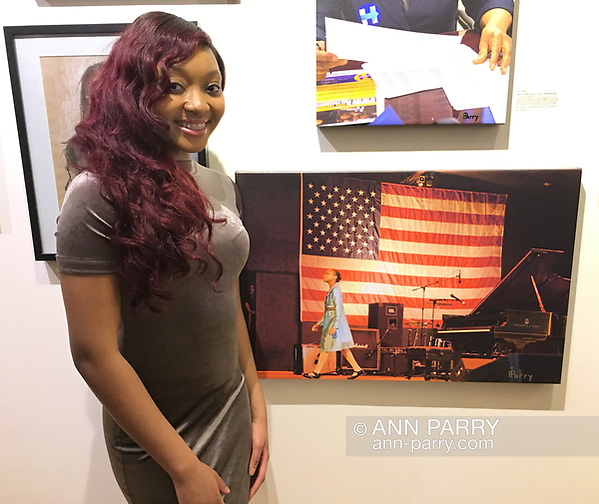 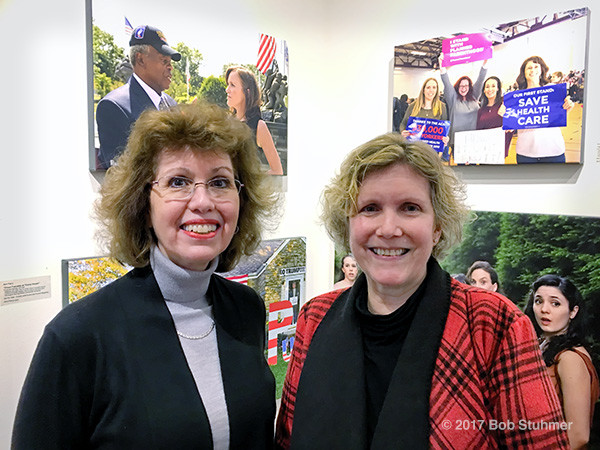 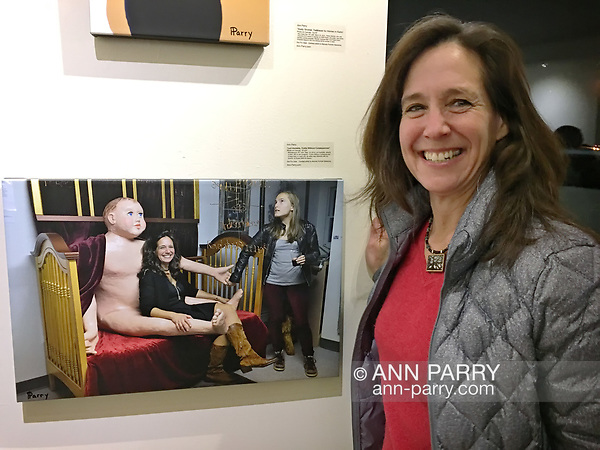 Huntington, NY, USA. March 5, 2017. LORI HOROWITZ poses next to 2014 photo of herself by Ann Parry, at Opening Reception for ‘Her Story Through Art’ Invitational Art Show at Huntington Arts Council.

TAKE DOWN DAY – MARCH 27, 2017 – When Bob and I arrived on “Take Down Day” after the show ended, Irene’s and Anahai’s art was already gone, and Tara was spackling where she had removed hooks from wall. Later, when I took a break from wrapping my canvases, Tara showed me how plants were sprouting in her sculpture terrarium.

Seeing the beginning of this new life  –  what a lovely way to end “Her Story Through Art.” 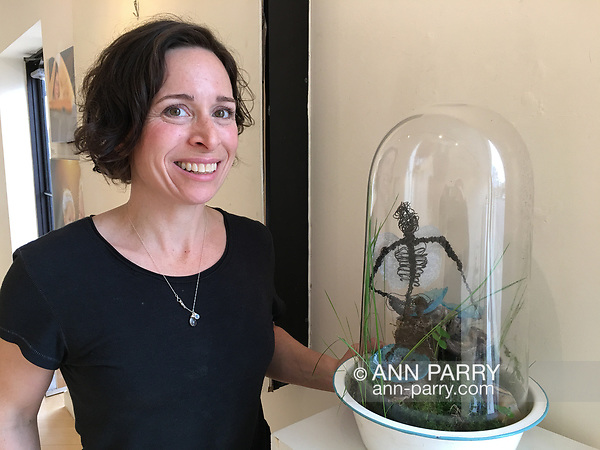 LHSC360  As a proud Hofstra University alumna, I’m honored this exhibit is featured on herbertschool360.com, by The Lawrence Herbert School of Communications:  “Alumna’s Photography on Exhibit”

“Her Story Through Art”:  PHOTO GALLERY