Lots of people in Huntington must have been happy it didn’t rain as originally predicted for August 6th, 2014, the day Former Secretary of State HILLARY CLINTON signed copies of her new memoir Hard Choices for 1,200 people at the Book Revue. 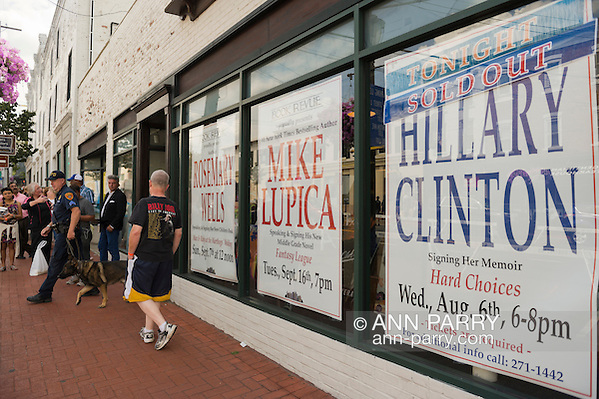 Several hours before the 6-8pm Hard Choices book signing, I drove to Huntington with my daughter, who had a ticket and copy of the memoir, and she got on the line, already a few blocks away from the store’s entrance. 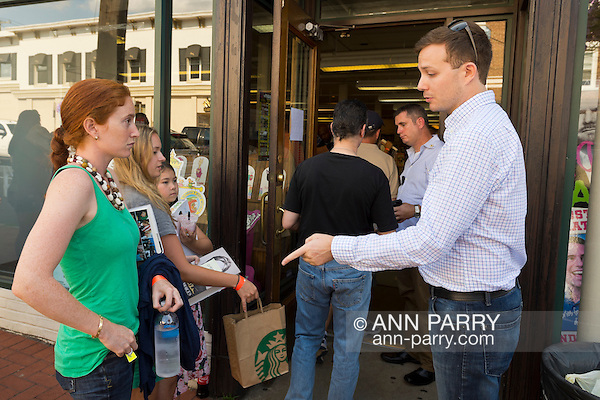 I began capturing news photos, including of KENNY MITCHELL of Garden City, who arrived 11:10pm the night before and was first on line; protestors; members of Super PAC Ready for Hillary; extensive security, including county police, federal agents, and K9 officers. 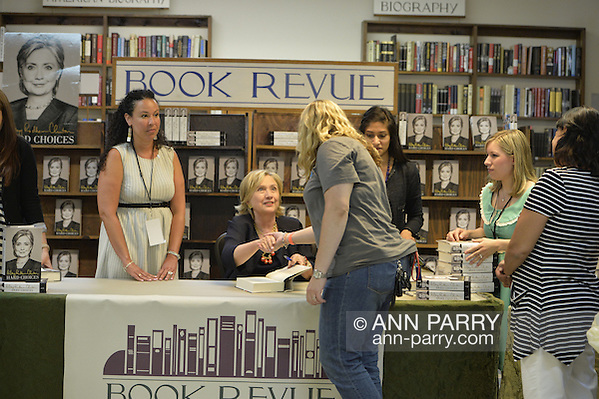 When it was time to enter the store, Secret Service checked my Nikon D4 and lenses very thoroughly. Finally, the Book Revue’s co-owners, brothers RICHARD KLEIN and ROBERT KLEIN, introduced Hillary Clinton, and she began signing copies of her memoir.

UPDATE  Sept. 10, 2021:  Starting today, Huntington’s Book Revue reopens to give away thousands of used books. It officially closed Sept. 9, 2021, evicted by landlord for hundreds of thousands of dollars of unpaid rent, due to COVID-19 coronavirus pandemic.