The 10th Annual Cradle of Aviation Museum Air & Space Gala, celebrating the 40th Anniversary of Apollo 17, had a soaring setting – the  3-story atrium lobby and the main Exhibition Hall of the world-class aviation museum. 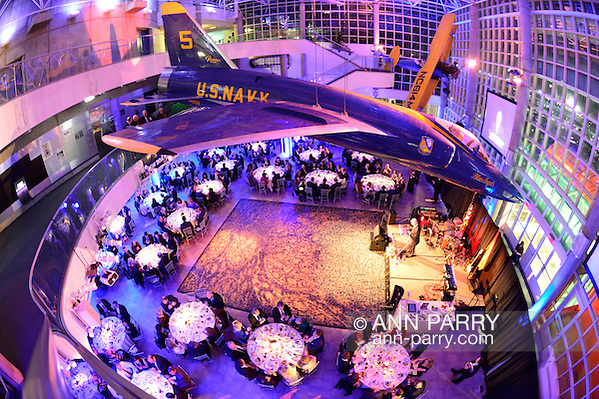 The Gala, which was a few months later than originally scheduled due to Hurricane Sandy, also featured a performance by St. Anthony High School’s “Celtic Friars” Pipe Band (South Huntington), a band and dancing, and a Silent Auction of items such as aviation and sports memorabilia, including an eye-catching large framed poster of Long Island Astronauts.