For years, my family’s been a fan of Matt Harding’s “Where the Heck is Matt?” videos where he enthusiastically dances around the world. So I was intrigued when I saw that the Kickstarter campaign to fund his 2016 video included a perk to have him create a Dance-a-gram. 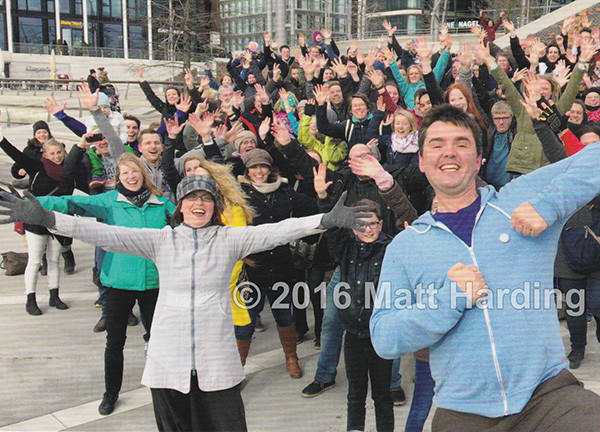 Hamburg, Germany, March 2016. Matt Harding dancing with fans in Marco-Polo Terrassen, his final stop in Europe. This is one of several postcards Matt sent as perks to many of his Kickstarter supporters.

I asked Matt to create a message about adopting animals on behalf of our family’s Cleo the Cat – the gray and white striped furball we adopted from Last Hope Animal Rescue in Wantagh, NY.

When I saw the first location in Matt’s Dance-a-gram is Cape Canaveral, Florida, I smiled, since I’m such a space fan and was at Kennedy Space Center in 2000 for Jim Lovell’s talk & book signing for Apollo 13.

And please remember, if you have room in your heart and home, Cleo the Cat hopes you’ll adopt a rescue animal! 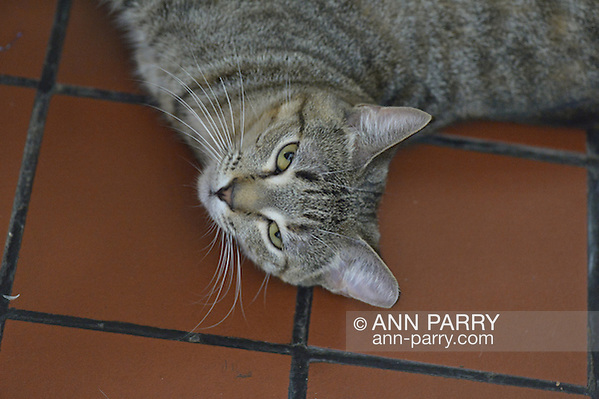 Long Island, USA. Here’s a glimpse of Cleo the cat, which will have to do until I capture photo of her dancing for joy over Matt’s Dance-a-gram.  (© 2015 Ann Parry/Ann-Parry.com)