My dear friend JOYCE CHINSKY died, after a long, spirited struggle against cancer, on September 30th – It doesn’t seem real.

Joyce and I first met in the early 1980’s when we were fellow English teachers at Grand Avenue M.S. in Bellmore. Over the following decades, our activities often included family, especially her husband BOB and son PETER, when he was a child, and my daughters SUE and LAURIE.

There were the summers we went with our young children to our friend Carolle Bendle’s beach club.

We had Broadhollow Theater subscriptions for ourselves and our children.

Joyce, my daughters and I had NYC excursions. She joined my extended family to root for the Parry Girls’ team on a game show taped in a studio in Hell’s Kitchen on a rainy day in 2006, and the three of us went to a Hillary Clinton rally in 2008.

Starting in 2012 when the first of my two grandchildren arrived, Joyce regularly asked about them and visited each.

When Sue ran for local office a few years ago, Joyce enthusiastically supported her, including going to a Merrick fundraiser.

B&W version of above photo

Bob and Joyce took me with them on day trips out east on L.I. and to enjoy Bob’s photography in exhibitions….

Every lucky group has a Connector – the person who, with love and work, keeps people in touch over the years, often as locations and circumstances change. Joyce was a Connector in so many meaningful ways, including organizing annual “Grand Girls” lunches for retired and active teachers. 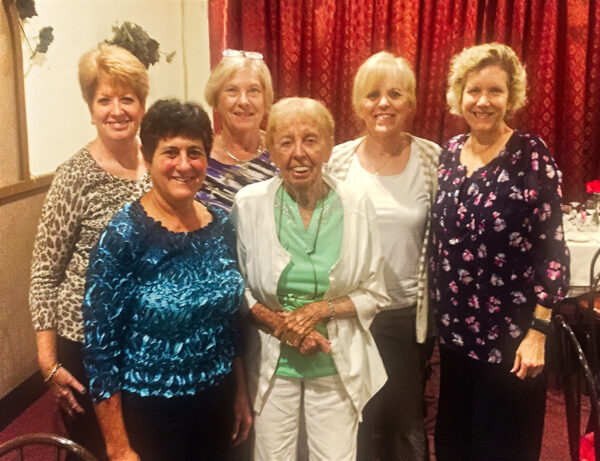 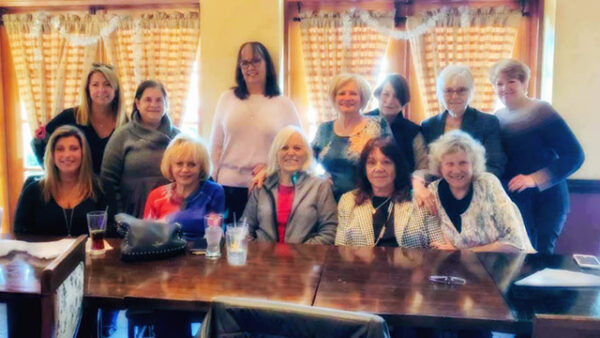 Since I can’t find words to share how I feel right now, here’s some of what my daughters group-texted when they read Joyce was gone:

Joyce was an active volunteer and docent at HMTC in Glen Cove, Long Island, NY, for many years. To learn about, and donate to, that non-profit:

To learn more about pancreatic cancer and donate towards its research:

On Sept. 11, 2001, we were a week or so into the new school year at Grand Avenue Middle School in Bellmore, Long Island. Except for our class computers suddenly losing internet access early that morning, it began as an ordinary Tuesday. 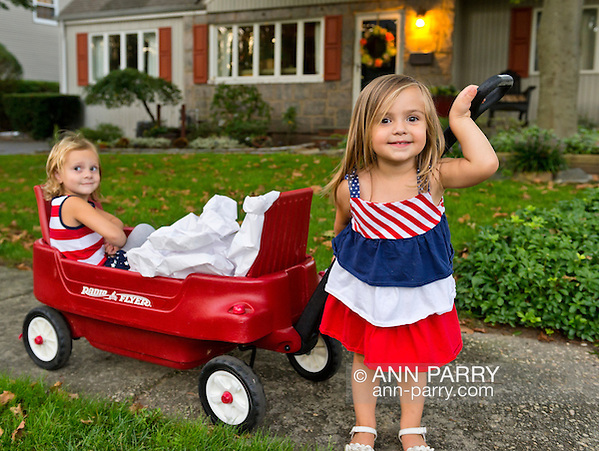 Then, as students passed from one class to another, a few of my writing students came in announcing news they’d heard on the radio in art class: “Two planes crashed into the Twin Towers!”

“What?!” I said. “Well… one plane might have that sort of accident, but not two – the same day. Someone must’ve heard the info wrong.”

But, over the loudspeaker later that morning, our principal, Fino Celano, gave us the news – calmly, solemnly – of the terrorist attacks on Manhattan’s Twin Towers, the Pentagon… then the plane crash in the Pennsylvania field. No one had heard the info wrong. 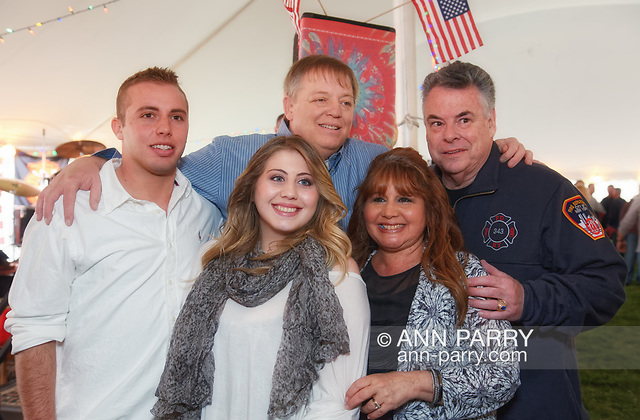 When I got home from school that afternoon, the tile floors our construction workers had ripped up from the kitchen and surrounding rooms the day before were more scattered than stacked. We were replacing our radiant in-floor heating, and the ground floor looked “like a bomb went off” – though I felt guilty even having that thought.

So the night of September 11, 2001, my husband Len, my older daughter Sue and I ate dinner at a local cafe.

Throughout the meal we watched the news coverage of the attacks on the TV up in the corner, and whispered “Nightmare… surreal… oh my god….” 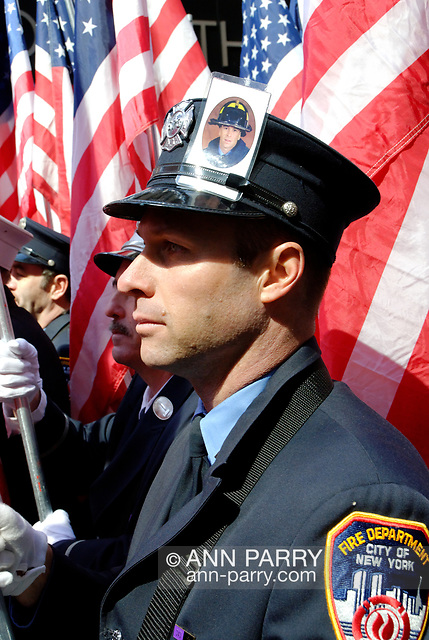 My younger daughter Laurie was at college in Westchester. During one of our calls later that week, I told her I wanted to get her a cell phone, especially because of her trips between college and home.

Though she didn’t think she needed one, by the end of the call she understood that her mom really needed her to have one. 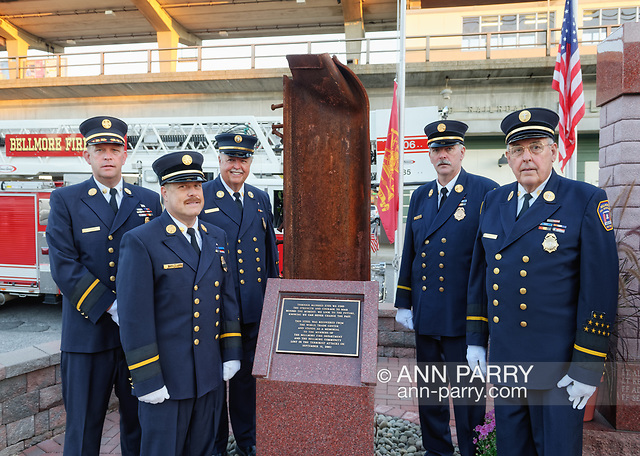 Our neighbors across the street lost their son who worked in the Twin Towers.

A Grand Avenue coworker lost her first responder firefighter husband, and two of our students lost their fathers.

During lunch period, a fellow teacher told us how ever since 9/11 he was having nightmares about being trapped underground.

And American flags multiplied everywhere, and so did patience and kindness. I didn’t notice a car horn honking for at least a year.

And we also had color-coded terrorism threat advisories…. 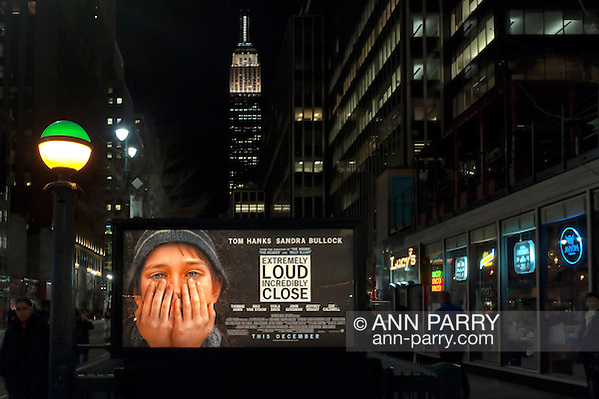 Since 2001 our country and many others continue to have terror threat alerts — for events, buildings, airlines & metros, cities….

And I do feel a bit reckless, a tiny bit brave, heading to Manhattan when a terror alert’s been issued. 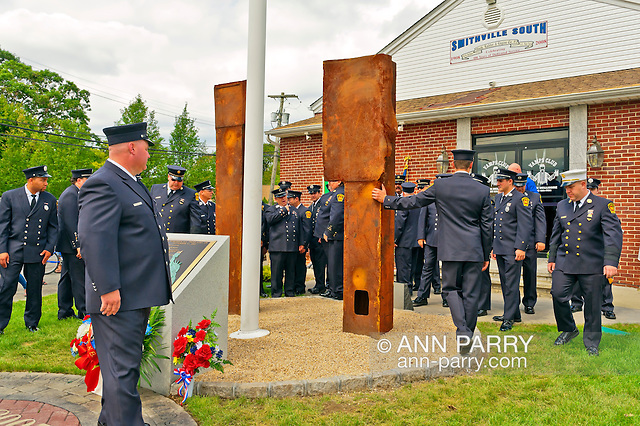 My young grandson and younger granddaughter, along with all children, can only imagine the world before 9/11/2001 through images and stories that grow older as they do.

And I can barely begin to imagine the feelings and pain of those killed, injured, struck with cancer, and of those who lost loved ones, due to the terrorist attacks of September 11, 2001. 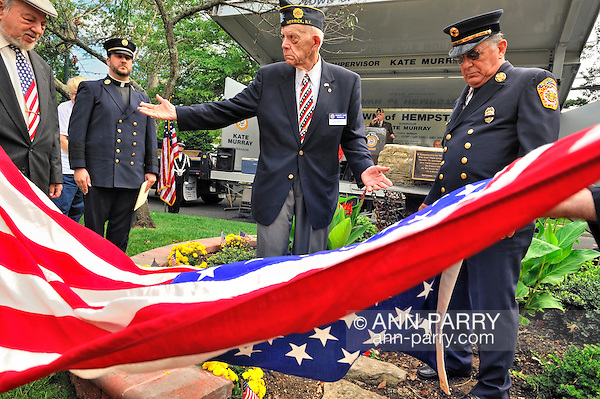 With gratitude to the first responders and other 9/11 heroes – and with hope – I can never forget.    – Ann

“It’s better to light a candle than to curse the darkness.”  – Chinese Proverb 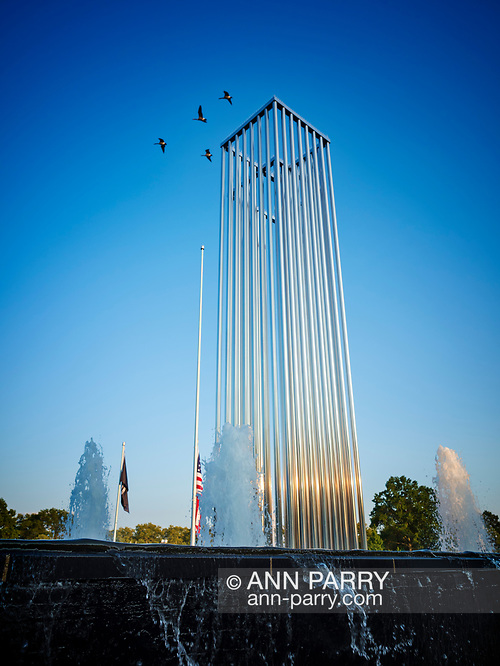