When I heard that 13-year-old SHEIMYRAH MIGHTY, whom I first photographed singing at a 2008 rally at Long Island’s Eisenhower Park, would sing the U.S. National Anthem at the 2nd Annual Interfaith Memorial Service for Haiti on January 11, 2012, I looked into covering that Brooklyn Borough Hall event. 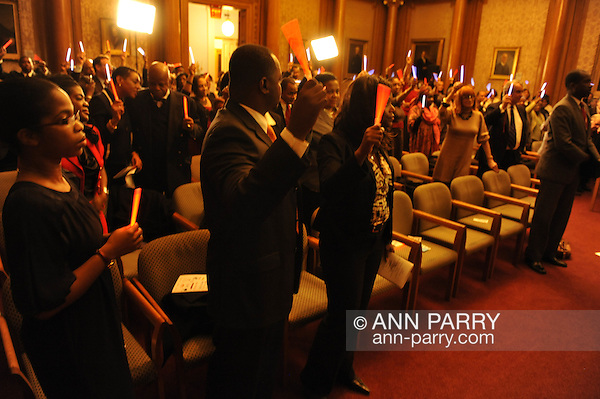 I went with a friend and fellow-photographer, MIKE LEVERETT DORN, and since we were running a bit late, we rushed from the MTA Borough Hall subway stop into the Hall. And as we raced up the long flight of stairs I could hear Sheimyrah singing. Just (barely) in time!