My neighborhood hasn’t had power since early yesterday afternoon, shortly after Tropical Storm Isaias crashed into Long Island, so I used my iPhone 11 Pro to create and publish this post.

My daughters – one in Seaford, one in Merrick – lost power very briefly or not at all, so my family’s experience was typical, since one in three L.I. electricity customers lost power.

A tree in my backyard snapped in two several feet from the ground, with the top toppling over the fence behind it: 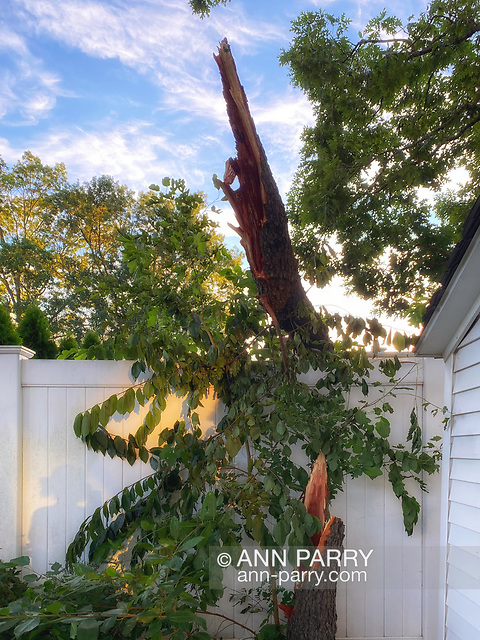 At dusk, I captured the above photo of the tree most severely damaged in my backyard. Just the bottom few feet of the trunk were still on my side of the white fence; the rest of the tree had fallen on the other side.  (You can see my shadow on the left side of image.)

When my daughter Sue’s power returned, I drove to her home a mile away. On my way, I passed a huge tree near the curb toppled down across the front yard onto the roof of the house, which had to be evacuated. 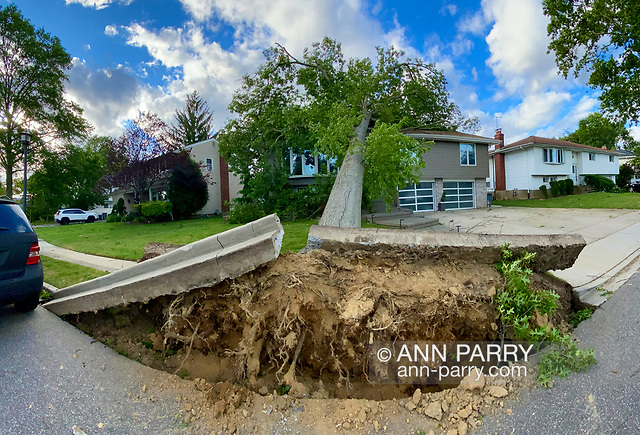 That night, while returning to Sue’s home to drop off some cheese and eggs to store in her refrigerator, I slowly navigated a dark maze blocked by trees felled by wind gusts up to 70 mph. All was dark until I reached her street.

Cars and pedestrians made their way by moonlight – and headlights & flashlight – on Camp Avenue in North Merrick, as seen in the below short VIDEO: