This year our family welcomed a furry new member – Cleo, a tabby cat we adopted from Last Hope Animal Rescue & Rehabilitation in Wantagh. 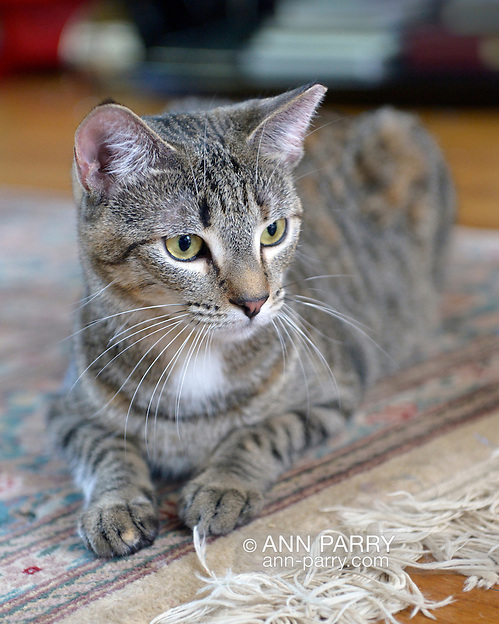 A volunteer at Last Hope told me Cleo was a friendly stray, possibly abandoned by her family, when she was picked up and brought to a veterinarian.  When she was spayed, her left ear was clipped, or tipped, so it would be easy to tell she had the operation. So Cleo’s our clipped ear cutie. 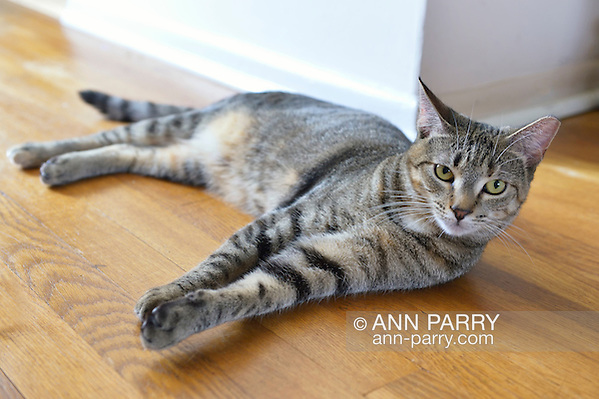 Now Cleo’s about 1 1/2 years old, and zips upstairs, checks the rooms, and flies back down at the speed of light, and when you hold her, she melts into your arms.

It wasn’t love at first sight for Cleo and her sister Hurricane Hillary, who had been Top Cat (and sole cat) after her older sister Minnie died 8 months earlier. But Cleo was super interested in her new sibling, and kept jumping over pet gates and into trouble with Hillary. 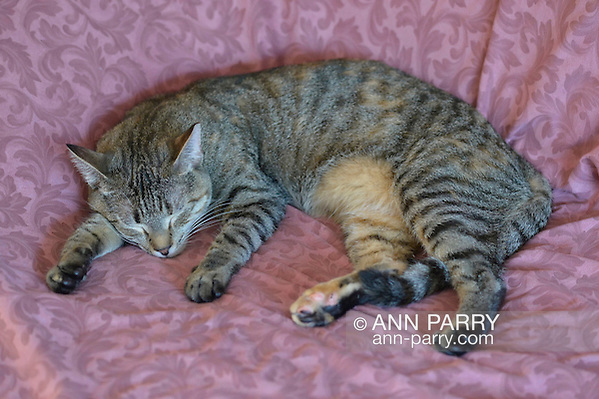 Then Cleo’s persistence paid off, and Hillary once again started enjoying having someone to play with, sit with in sunny windows, and help remind me when it’s time for their breakfast or food treats.