Each spring I look forward to the return of Bellmore Friday Night Car Shows. The crowds bustling around hundreds of classic, custom, and antique cars at the Bellmore LIRR station parking lot have such friendly energy. 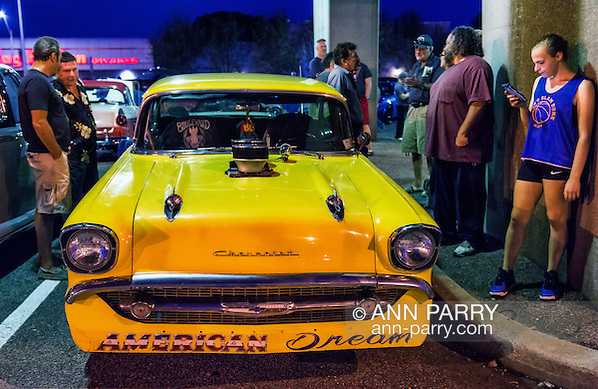 On May 29, perhaps the hardest-to-miss custom car was a black 1992 Mazda Convertible belonging to PHIL ZIRKULI, a Baldwin UFSD Art Teacher,  who was drawing colorful designs with chalk paint on his car. Zirkuli explained he decorates his car to draw attention to the importance of art education. 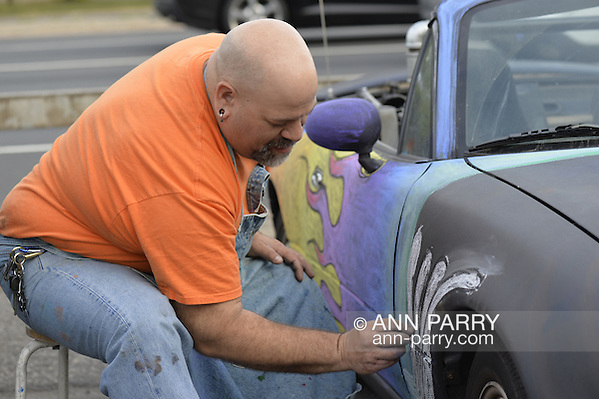 One of my favorite classic cars that spring night was a black 1965 Shelby Cobra 427 roadster racing car. When I asked why there was a thin wire attaching each Tri-Wing Knock Off to its wheel, I learned the safety wire prevents the Knock Off, aka Wingnut or Spinner, from flying into other cars if it comes off during races. 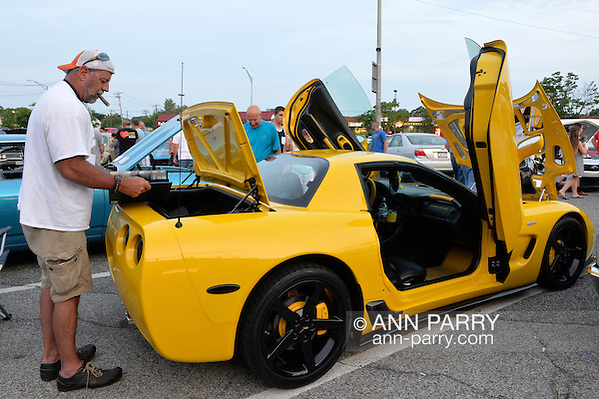 On June 12th, I enjoyed speaking with GREY CHERVENY, from Bay Shore, about his yellow 2003 Corvette 50th Anniversary model, with Lamborghini doors and chrome trim under the hood to reflect the motor. He proudly told me how, though he’s just recently started going to car shows with his modified Vette, it’s already appeared in Newsday, plus won an award.

Bellmore Friday Night Car Shows are great family fun. In fact, that late May night I unexpectedly ran into my older daughter’s family – including my grandson who excitedly shouted out “Train!” and pointed up from his stroller to the overhead tracks each time an LIRR train roared past. 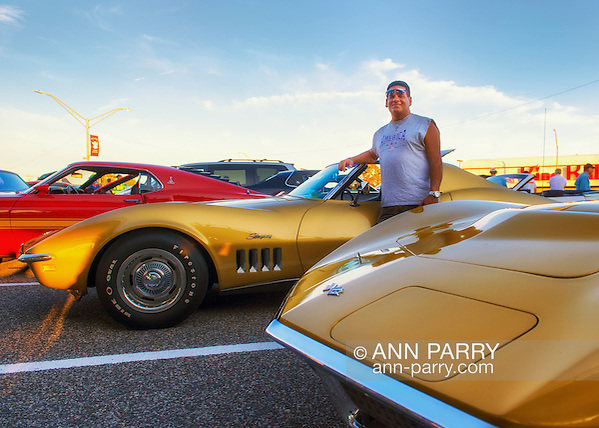 Because I linger at each car that catches my eye – aiming to learn about the car and capture images that do it justice – I usually have time to catch only a small portion of the classic, antique, and custom cars each visit.

These free weekly shows are co-sponsored by the Chamber of Commerce of the Bellmores and the Town of Hempstead, and run through to the first week in October. I look forward to returning for many more laps around the parking lot.