I literally & frequently had to hold on to my hat Sunday afternoon, since it was such a breezy spring day at the Antique & Collectible Auto Show – with hundreds of vintage, classic, and collectible vehicles – at Old Westbury Gardens. 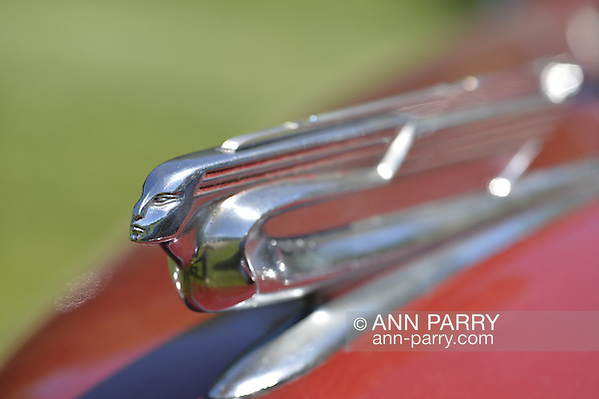 After getting a cold soda at the refreshment table, I spotted Pastor Green and Miska – a Service Dog who helps Marine veterans – near the Free Hugs booth of Marine Corps League, North Shore Queens Detachment #240. Both the pastor and his Husky and German Shepherd mix partner were so patient as I captured photos of Miska with her arresting ice-blue eyes and white fur. 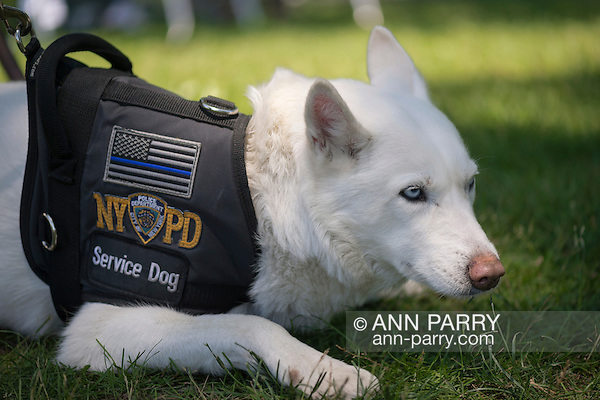 Especially because this was the rain date for the event, some participants had other commitments to go to, so the trophy ceremony began early, explained officers from the Antique Automobile Club of America’s Greater New York Region chapter, which sponsored this 50th Annual Spring Meet. 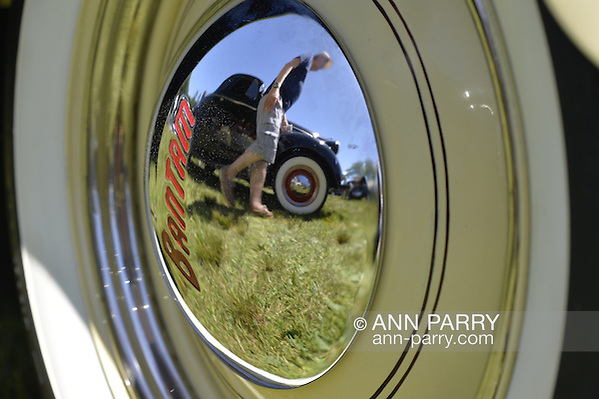 After winners got their good news and gleaming trophies, a few cars and then a few more and more began a slow procession through lush green grounds to the west gate of the Gold Coast mansion estate. 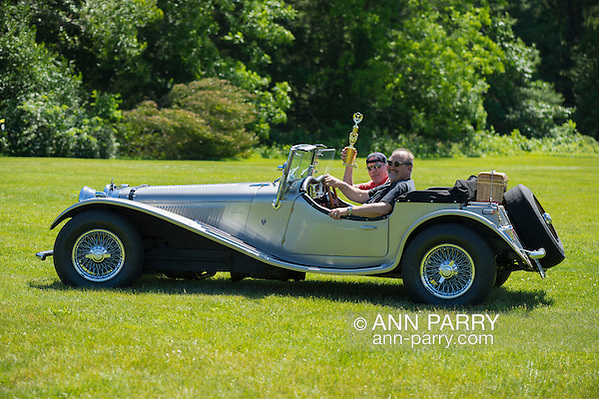 Driving home in Bob’s faithful 2000 Honda later that day, we passed a local business with a large American flag flying at half mast, likely in sympathy for the victims of the horrific mass shootings early that morning at the Orlando nightclub.

“Hold on tight because this is going to hurt like hell.” – John A Passara