VIDEO: ‘Couple of Guys’ fundraiser Q&A….
Near the end of the fundraiser for ‘Couple of Guys,’ series creator DEBRA MARKOWITZ asked if I enjoyed the first two episodes screened this Monday night. Smiling, I simply said ‘Yes.’

There was no way I could begin to do justice right then to the funny and serious things that touched me about the story of divorced attorney RIchard Durant (SAL RENDINO) and heartthrob former rocker Jon Graham (LUKAS HASSEL) – two mature gay men finding each other and love.

• my Photo Gallery – ‘Couple of Guys’ Fundraiser (Plus, click each photo below to see larger one.) 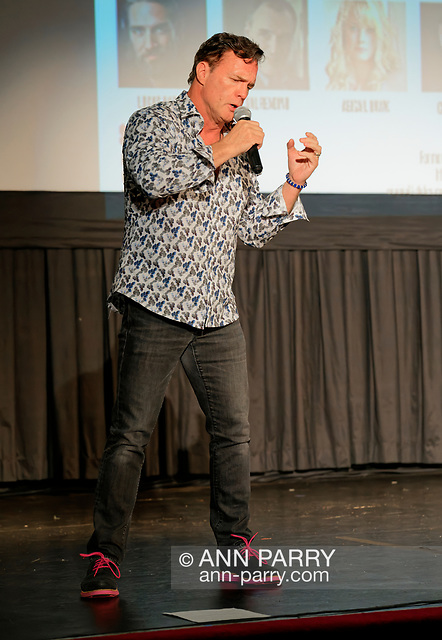 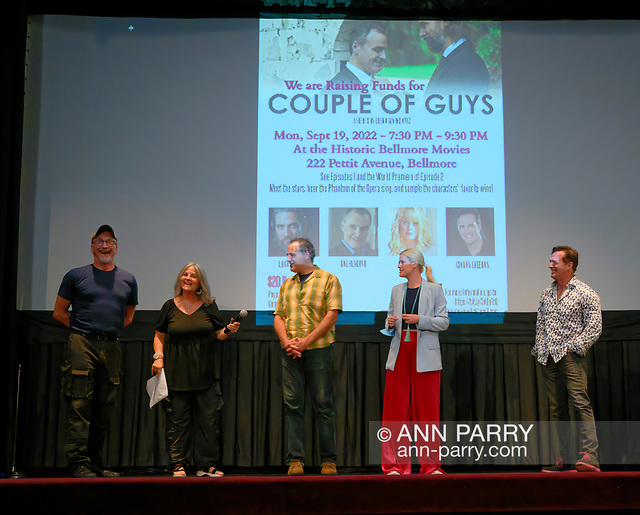 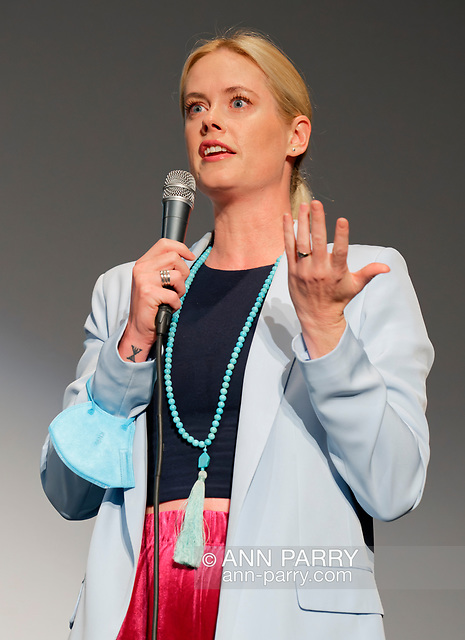 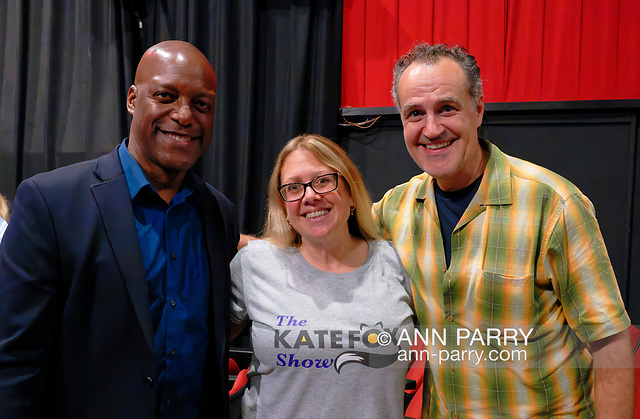 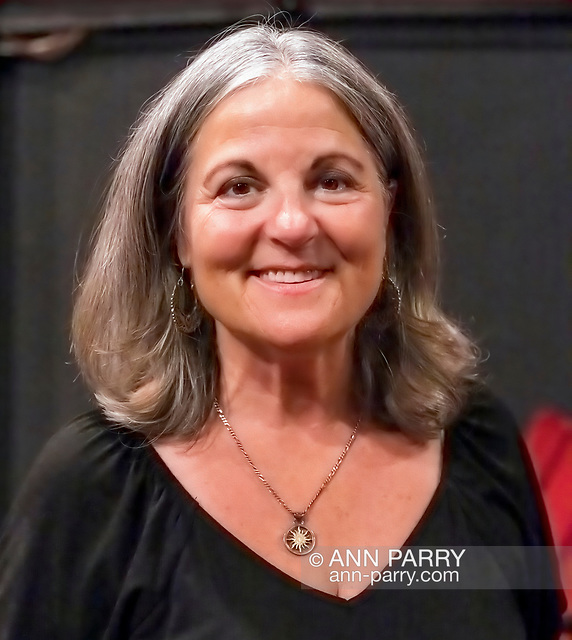 Bellmore, New York, U.S. September 19, 2022. DEBRA MARKOWITZ, the creator of ‘Couple of Guys,’ has a fundraiser for the limited series at historic Bellmore Movies. (© 2022 Ann Parry/AnnParry.com) 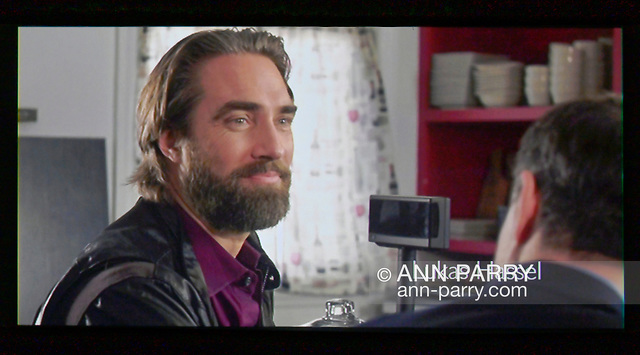 Bellmore, New York, U.S. September 19, 2022. LUKAS HASSEL credit shot is from an episode of ‘Couple of Guys’ screened at fundraiser for ‘Couple of Guys’ held at Bellmore Movies.(© 2022 Ann Parry/AnnParry.com) 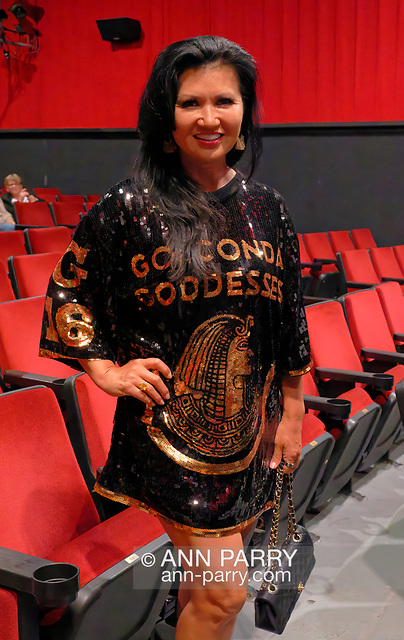 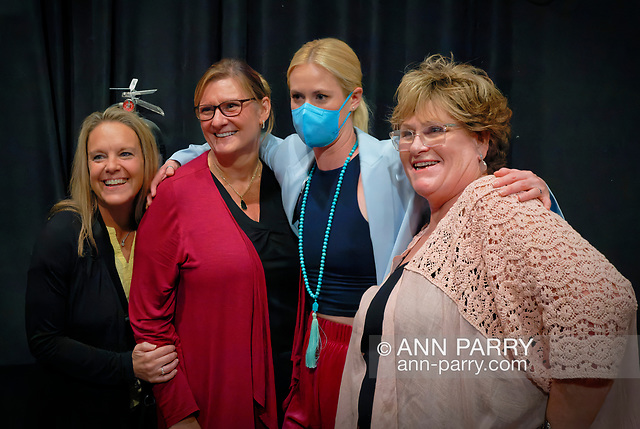 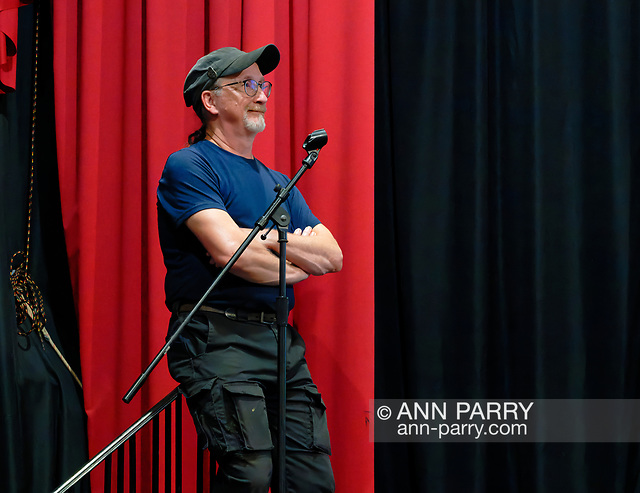 “Laugh about it, Shout about it….”

Wednesday afternoon I visited the Filmmaker’s Lounge and the Bellmore Movies theater, where the Long Island International Film Expo was in full swing. LIIFE was celebrating its 20th Anniversary!

After capturing photos and a short video of MAGGIE WAGNER, the vivacious actor who plays Mom in the short film MOM, I spoke with TRISH APPELLO, the festival Coordinator and Secretary of the non-profit LITV/Film Foundation, which, along with the Nassau County Film Commission, presents the Festival.

When Appello told me about the feature documentary Where Have You Been, Lou DiMaggio? – the last filmed being screened that last night of the festival – I decided to return after dinner to catch it.

That night I arrived in time to first watch Mariam’s Day Off, a foreign film by Director ARSHAK AMIRBEKYAN, who filmed it in Armenia.

“Look around you, all you see are sympathetic eyes….”

I found the placid-on-the-surface story about a young prostitute who ends up spending a day with an artist and his family at his art studio so emotionally compelling and poignant that it wasn’t until about half way into the short film (0:44:22 min) that I thought to myself, “Oh, it’s in black and white!” 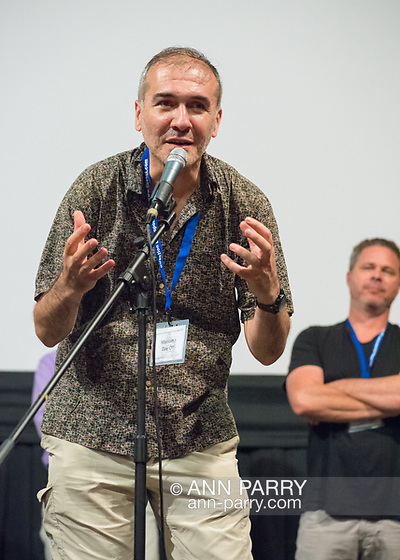 “WHERE HAVE YOU GONE, LOU DiMAGGIO?”

The next and final screening was the documentary Where Have You Gone, Lou DiMaggio? – a feature film (75 min) directed by BRAD KUHLMAN about comedian LOU DiMAGGIO considering returning to comedy after being away from the stage for 20 years.

For more than one reason, I was glad Appello had enthusiastically recommended seeing, Where Have You Gone, Lou DiMaggio?

And Lou DiMaggio’s stand up comedy sets on his road to comeback were certainly memorable, and for wildly different reasons.

And what likely made the strongest impression on me in Where Have You Gone, Lou DiMaggio? was cautionary advice DiMaggio’s fellow comedian gave him about returning to stand up comedy – for it reminded me, in a way, of advice my late mom, an opera singer, gave her voice students, including my talented younger brother:

The world has more outstanding singers than it can afford to support. And the difference between the best and next best in a major competition or audition can be imperceptible even to an expert – so luck will play a big part in the career each has.

When choosing if you’ll pursue a living in the arts, follow that path only if you’re absolutely driven to AND you can handle the competition and pressure. 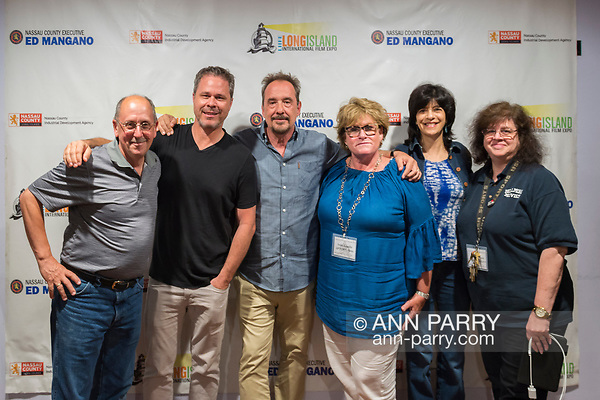 “We’d like to know a little bit about you for our files….”

For the Q&A, eight filmmakers associated with the films screened that night participated. After hearing the candid, detailed answers to the audience’s thought-provoking questions, I wished I’d arrived in time to watch all the films.

VIDEO above: Lou DiMaggio answers Q&A question at LIIFE 2017. [Q&A did not take place aboard a ship on stormy seas, despite appearances to contrary.]

The next night at the Long Island International Film Expo Awards Ceremony, LIIFE celebrated its 20th Anniversary and 2017 winners, including the Best Documentary Feature:  “Where Have You Gone Lou DiMaggio?”