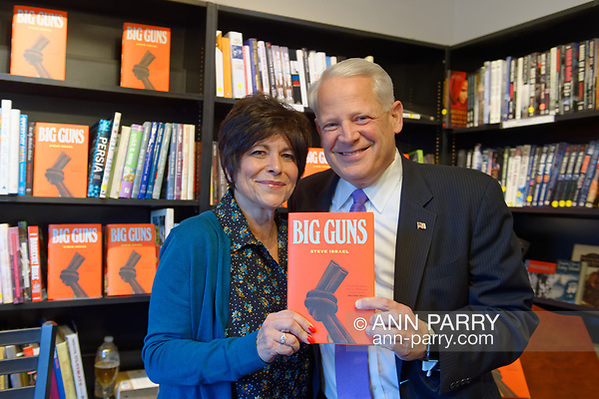 “Big Guns” is a satire about America’s 800-rounds-gorilla gun lobby, a feckless Congress, and the small fictional town of Asabogue on Long Island’s East End. 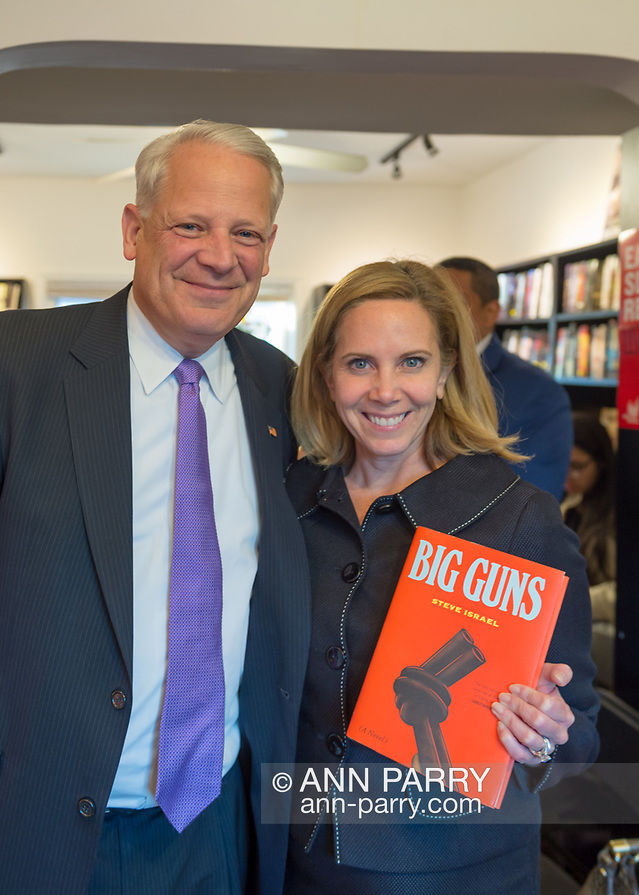 Moderator RITA KESTENBAUM – a gun-control activist, non-profit founder, and former Hempstead Town Councilwoman whose daughter was senselessly shot to death while away at college – introduced Israel after brief words from a couple of local officials, including Hempstead Town Supervisor LAURA GILLEN who told how, early in her legal career, she quit after her first day on a job when she learned the NRA was a major client of the firm. 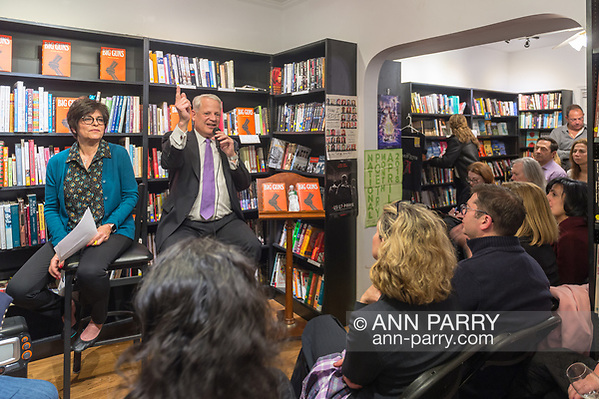 With the sharp insight and wit noted in reviews of “Big Guns” and his debut novel “The Global War on Morris,” Israel shared details of his writing process and general experiences with fellow Congress members, especially while in the privacy of the Senate elevator, that helped shape the novel Congress.

The first time I covered this event’s author and moderator together was a 2016 Panel on Preventing Gun Violence that then-Congressman Israel co-hosted with Hillary Clinton in Port Washington, with Rita Kestenbaum as one of five panelists who lost a family member due to gun violence. 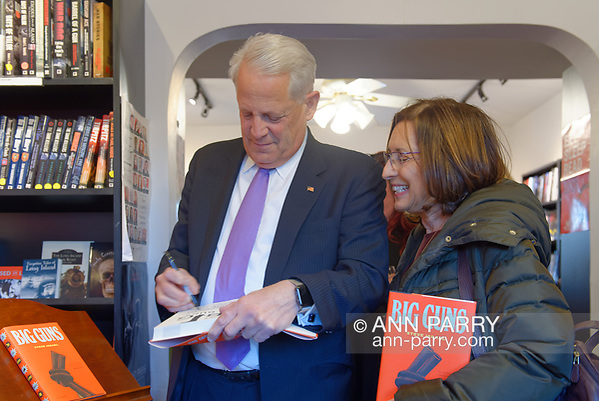 After the Q&A, Israel signed copies of his book, with the line of “Big Guns” toting fans trailing into the bar in the next room.