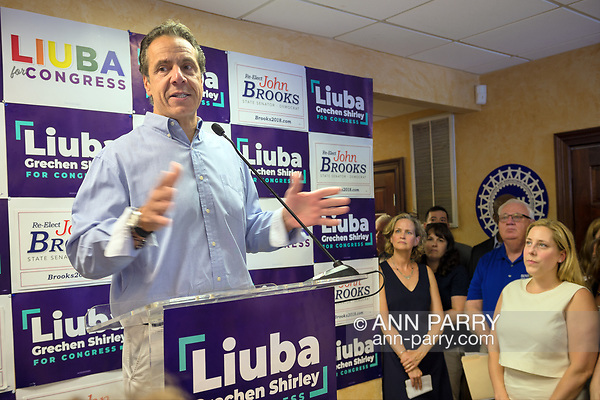 Grechen Shirley, a community organizer and activist, business and non-profit leader, and mother of two toddlers, is the first female candidate to get FEC permission to use campaign funds for childcare. 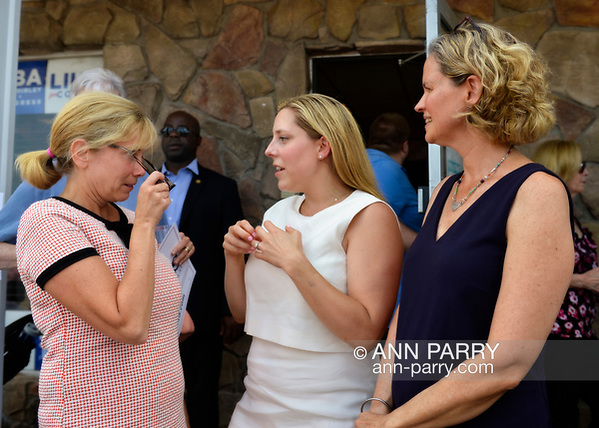 Despite it being a muggy, 91°f summer day, more supporters attended the campaign event than could fit in the office during speeches by the governor, Nassau County Executive Laura Curran, Liuba Grechen Shirley, and Sen. Brooks. 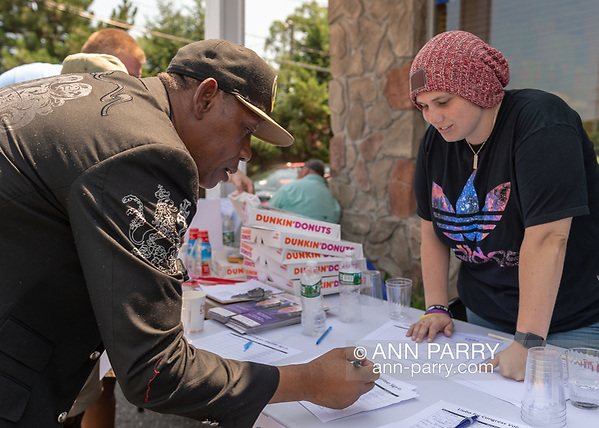 The series of four speeches started and ended with a joke about the sweltering weather.

Nassau County Executive Laura Curran went to the podium in the packed office, and the crowd laughed when she smiled and said clothes wouldn’t be coming off despite the heat.

When the County Executive endorsed Liuba Grechen Shirley, the reasons Curran gave to vote for her, and other Democrats, included how Republicans are anti-New York State – by passing the tax reform provision removing state and local tax deductions – and are anti-gun control, pro NRA.

The governor seconded the importance of getting reasonable gun controls, despite NRA’s influence.

Cuomo said how Republicans have a different fundamental view of America as a nation, including being anti-immigrant and abandoning Puerto Rico after Hurricane Maria. He added how New York sued the federal government for family separation.

“And Laura Curran’s point is very important. They [Republican Congress members] are anti New York State, what they did in their tax reform last year. They passed a provision that removed the deductibility of state & local taxes….

Why? Because they want to hurt New York. This federal provision raises property taxes by 30% like that, overnight. We have to get Washington to reverse it….

You know what?  That’s baloney. They have been enablers for this president….

“And I’ll tell you how we stop Congress from doing bad acts to New York. We elect Democratic Congress people who will stand up and protect New York.

“We elect Liuba Grechen Shirley. We let Liuba tell them the truth, and stand up for women’s rights, and immigrant rights, and for gun safety, and for New Yorkers….

“We let Liuba stand up in Washington and explain how Progressive policies made this state the greatest state in the United States of America….

“We elect Liuba, and then we elect John Brooks, and Lou D’Amaro, and Monica Martinez, and Jim Gaughran, and we take over the State Senate.” 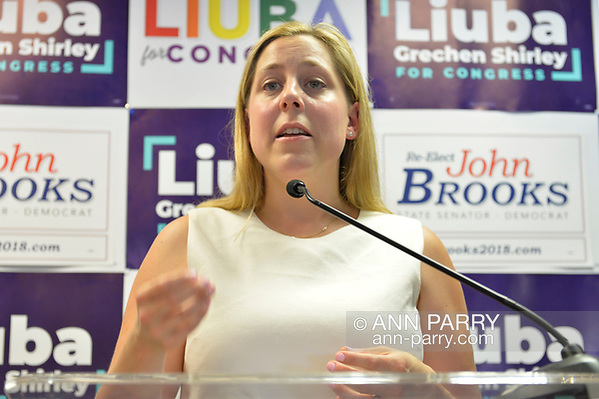 Liuba Grechen Shirley, a first-time candidate, thanked Cuomo for endorsing her and for New York having the strongest Paid Family Leave policy in America, and said she was excited at the prospect of working with him, Lou D’Amaro, and Sen. John Brooks.

“…It’s critical we take back the [NY] Senate, and flip the House. What is so exciting about our campaign is that it’s completely grass roots, We out raised Peter King this quarter, and we did it without any corporate PAC money….”

“This seat has been held for 25 years by a Republican, by Peter King, who refuses to even meet with his constituents. He actually told me that holding a Town Meeting would diminish democracy….

“He does not represent the values of our district, and we need a representative who will actually listen to everyone in this district. Who will fight in Washington to make sure that we actually have a government is taking care of working families in this district, not their corporate donors….

“We’ve got a lot of work to do. This is about values. Who is going to stand up for our values.” 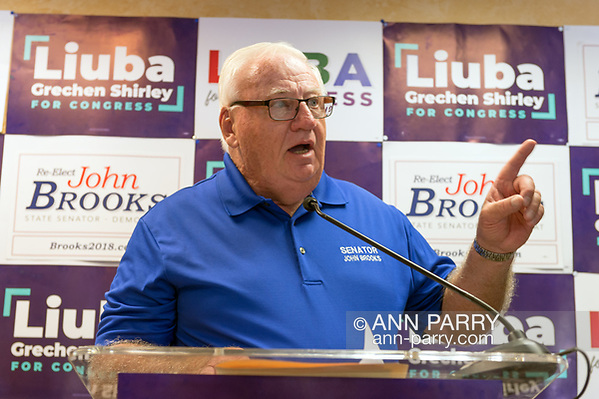 Senator Brooks first thanked Governor Cuomo for the outstanding job he is doing in Albany.

“…Our governor was the one that  stood up first and recognized what the federal tax changes would do to New York State…. [SALT Bill]  an 18-billion-dollar tax increase for New Yorkers….

“We hear the president say he wants to make America great again… All we have to do is act like Americans…..

“Lou and I are going to go to the Senate to stand up for Long Island and deliver the products and services that we need in terms of good government….

“Thanks everybody for being here, and remember it’s supposed to snow later this afternoon.”

Several Long Islanders well below voting age came with their parents, including three sisters and their brother wearing red, white and blue campaign shirts with “Joanne Curran Perrucci – for Court Judge / 4th District” on the front, and “Vote For My Mom!” on the back. 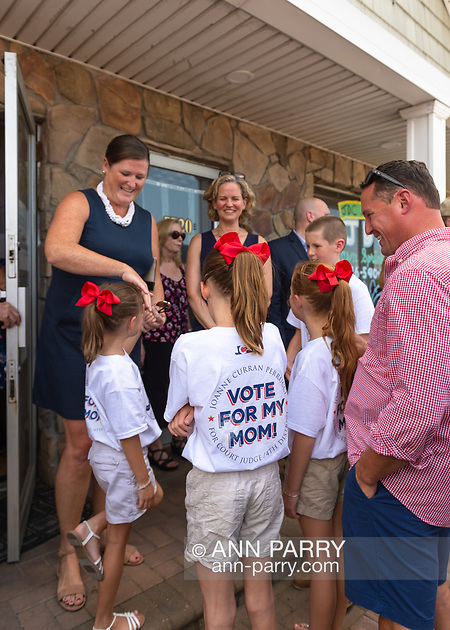 At the end of the event, the four siblings helped send-off Governor Cuomo.

DISCLOSURE: Photography I’ve done for Grechen Shirley has appeared elsewhere, but nowhere on this blog.