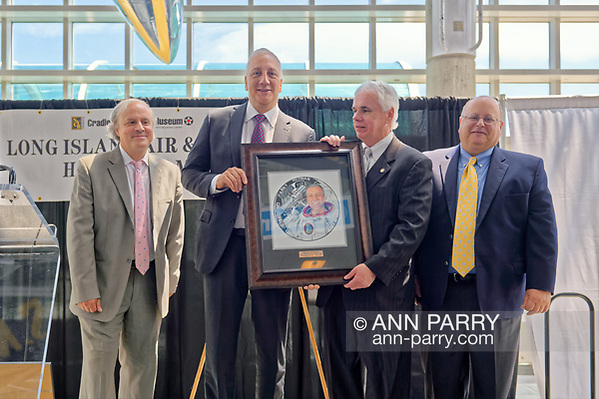 Air & Space Hall of Fame Induction for Class of 2018

Mike Massimino, aviation pioneers LOUIS and CONNIE MANCUSO, and aviator and Newsday founder ALICIA PATTERSON were the inductees for the Long Island Air & Space Hall of Fame Class of 2018 honored during the Cradle of Aviation Museum’s Annual Luncheon, presented by the Curtiss-Wright Corporation. 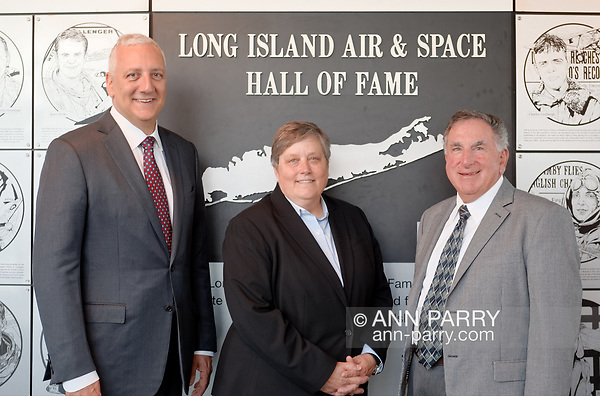 A highlight of Massimino’s acceptance speech was when he poetically described his reaction to seeing the curve of our planet fill his field of vision during his second space walk:

“The beauty of our planet was kinda overwhelming…. This must be the view from heaven…. That’s not quite right…. This is what heaven must look like….

“What made that possible, those memories possible…. all come back here to Long Island….  the mentors I met along the way, this museum being here at the right time in my life to set me on that journey that ended up 350 miles above our planet to work on Hubble.” 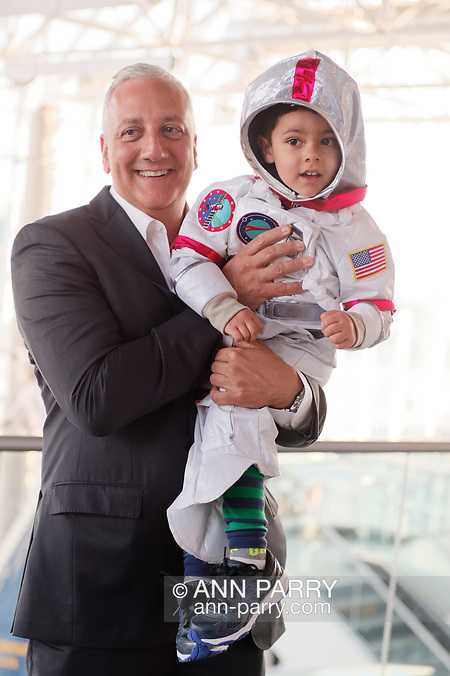 When asked about space food, Massimino said it was good, and then explained how everything gets recycled, including urine, so, “Yesterday’s coffee is tomorrow’s coffee,” as Expedition 39 commander Koichi Wakata memorably observed in 2014 about recycling on the ISS (International Space Station). 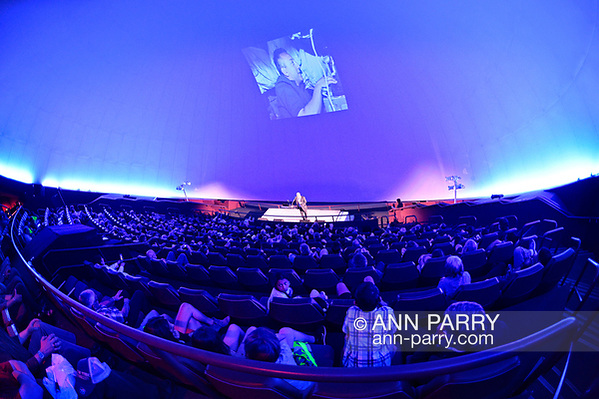 Massimino’s lecture at the JetBlue Sky Theater Planetarium was part of the Cradle of Aviation Museum’s Countdown to Apollo at 50, a multiyear celebration of the 50th anniversary of the Apollo 11 moon landing on July 20, 1969. 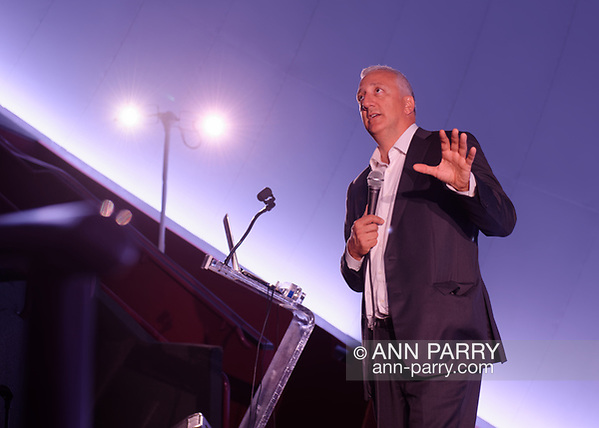 When a young audience member asked Massimino how he became an astronaut, he went into great detail, including how the Cradle of Aviation Museum played a key role when he was growing up.

FYI from FLI: In the late 1980’s, my daughter Sue went to Space Camp at the Cradle of Aviation, then in an unrestored hangar. I’m still searching for the name of the CAM photographer who captured this photo of 10-yr-old Sue wearing a genuine spacesuit that summer. 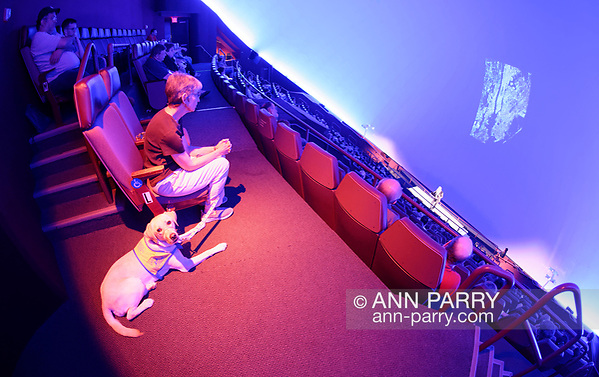 NASA rejected Massimino when he applied to be an astronaut – the first, second and third times. Persevering, he applied a fourth time – and the rest is Hubble Space Telescope repairs and recurring role of playing himself on The Big Bang Theory history.

In one of the photos Massimino displayed on the dome, he was in the space shuttle writing the first tweet ever from space. Here’s that message he sent to Johnson Space Center, so they could post it on his @Astro_Mike twitter feed:

“From orbit: Launch was awesome!! I am feeling great, working hard, & enjoying the magnificent views, the adventure of a lifetime has begun!”

Laughing, he said his tweet didn’t compare well to Neil Armstrong’s 1969 historic first spoken words ever coming from the moon:

“The Eagle has landed. That’s one small step for [a] man, one giant leap for mankind.” 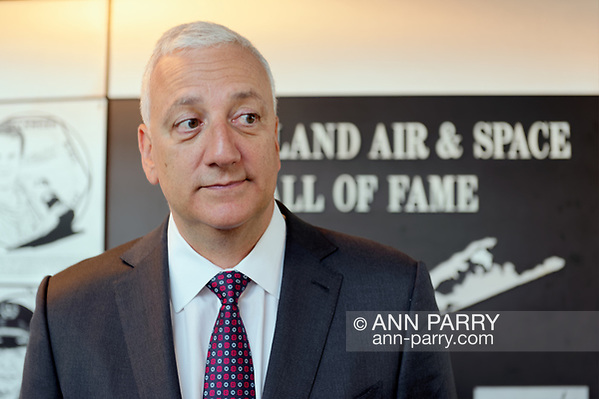 I first saw Mike Massimino in 2010, during Cradle of Aviation Museum’s Legends in Air & Space Lecture series. Seeing him in action throughout Thursday reinforced how he’s an upbeat, self-reflective, cool-nerd sort of guy “everyone would like to be or have as a friend.”

In fact, many astronauts I’ve crossed orbits with also exuded a personable, centered quality – not surprisingly, since it’s an essential quality for working well in space.

At the museum’s gift shop, I bought two signed copies of Massimino’s 2016 book, “Spaceman: An Astronaut’s Unlikely Journey to Unlock the Secrets of the Universe” – one for myself and one for my brother Lou (“Luigi”), a physics teacher at Durham Academy, NC, and fellow aerospace and astronomy buff.