It felt like stepping into a Norman Rockwell painting when I attended the John Philip Sousa Memorial Band Shell concert, complete with a friendly greeting from Port Washington’s Lions Club mascot, at Sunset Park, on Manhasset Bay, during a vibrant  July 11th sunset. 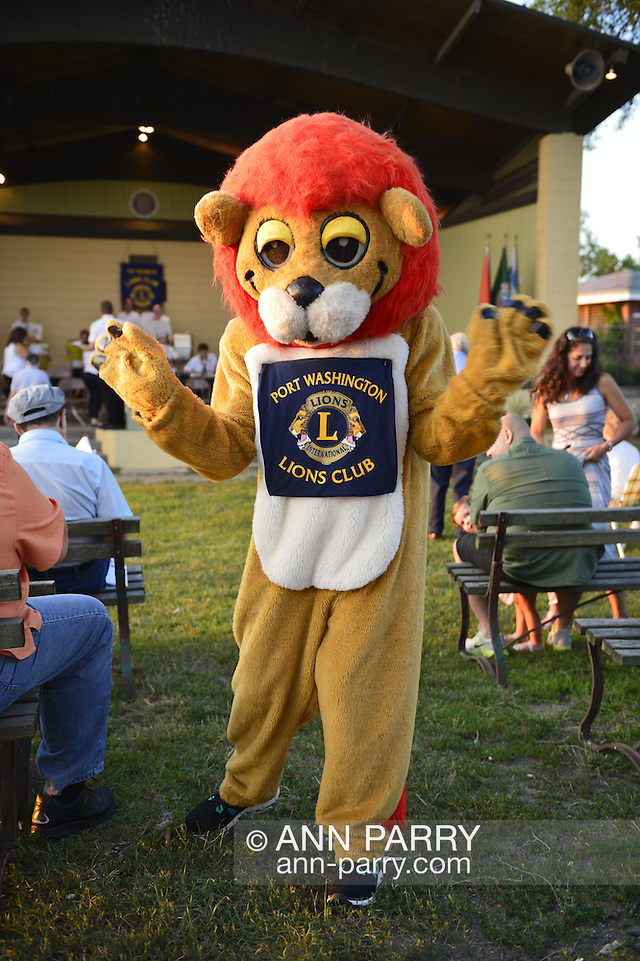 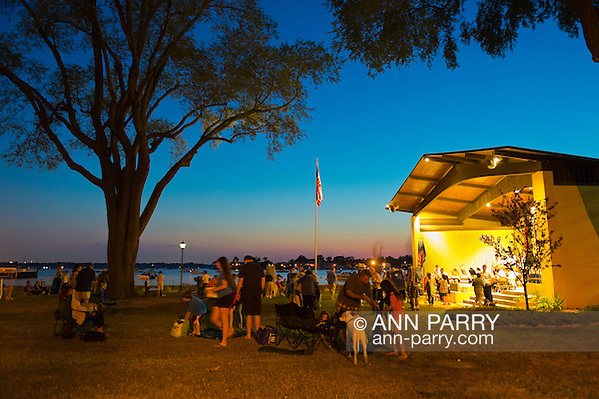 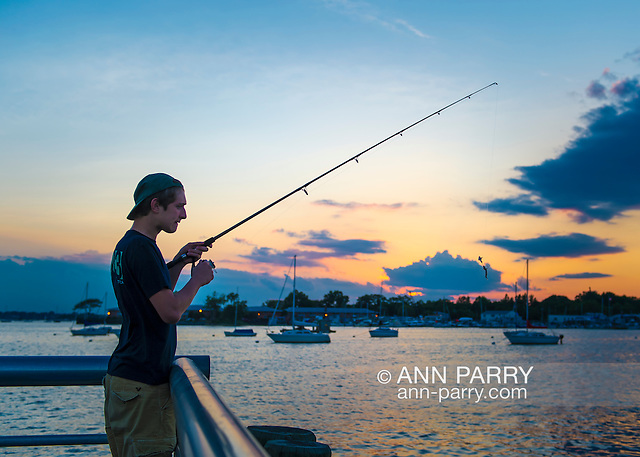 Port Washington, New York, U.S.. June 26, 2015. A young man is fishing as sunset approaches, on the Town Dock on the shores of Manhasset Bay in the North Shore village on Long Island Gold Coast. (© 2015 Ann Parry/Ann-Parry.com)