Last Sunday, while entering the snowy grounds of Old Westbury Gardens with my friend Bob, I thought back to 2007, when I visited the Gold Coast estate during a biting, heavy snowfall.

That day 10 Decembers ago, I stayed outside capturing photos until I absolutely had to go to Westbury House, beg mercy from volunteers in the Entrance Hall, take off my gloves and boots, and stand toasty close to the fireplace. 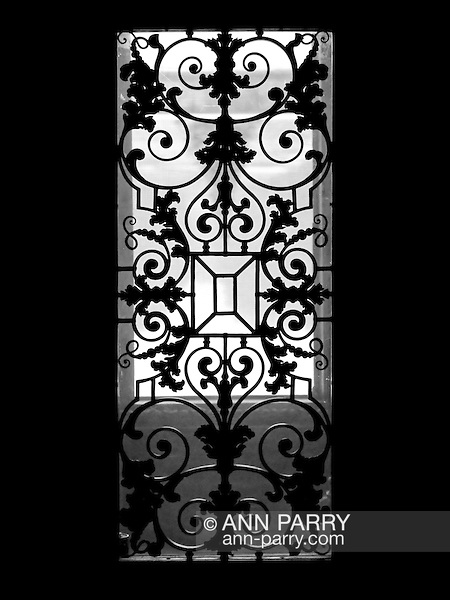 Slowly defrosting in the impressively elegant wood and marble hall, I imagined myself back outside the mansion, but during the Great Blizzard of 1947, when the John and Margarita Phipps family lived there….

I was a trespasser with a noble mission – wielding my Kodak in the snowstorm to capture ghostlike images of trees – and, alas, flirting with hypothermia.

Without warning, a tall stranger swept me off my numb feet and whisked me to the mansion. As we took off our coats, I noticed he, too, had a camera strapped around his neck.

We sat in front a fireplace surrounded by books, and he put his hand to his chest. “Victor, Victor Hasselblad – a… a husgäst of Phipps,” he said softly and with a melodic accent. “And you, lilla frusen lövsångare?”

“You’ve just GOT to develop a Hasselblad camera for civilians!” I said, and then started to tell him why…. 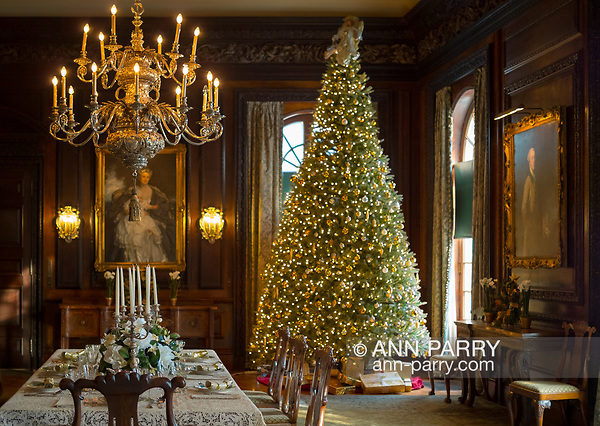 Now I’m, at times, better about coming in from the cold before losing feeling in my extremities.

But I always do my best to protect my camera. So last weekend when Bob and I arrived at Old Westbury Gardens and stepped out of the car on to slippery icy snow-covered grounds, we headed straight to Westbury House.

Once inside, we heard what sounded like live music coming from the Ballroom just ahead. We were right, for in a far corner of the vast room, pianist ANGELINA FUSCO was playing traditional Christmas music on a Steinway grand piano, backlit by large windows. Capturing the atmospheric scene was a fun challenge. 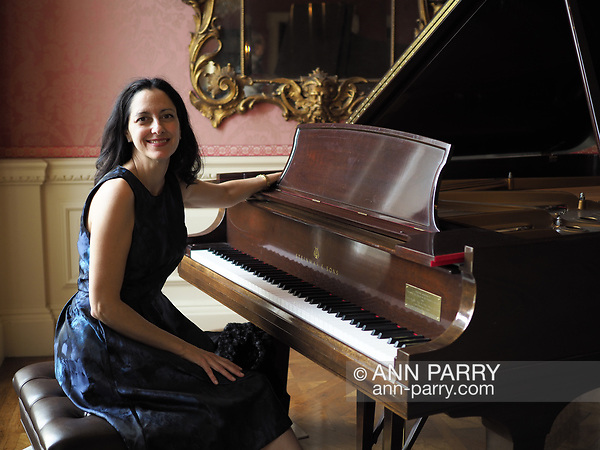 The Main Hall was a must see, especially for families with children, since that’s where Santa sat surrounded by a Christmas tree, fireplace that was a great setting for holiday photos, and stairway strewn with stuffed animals looking as if they’d spilled out of Santa’s bag as he made his way up to the Children’s Quarters on the Third floor. 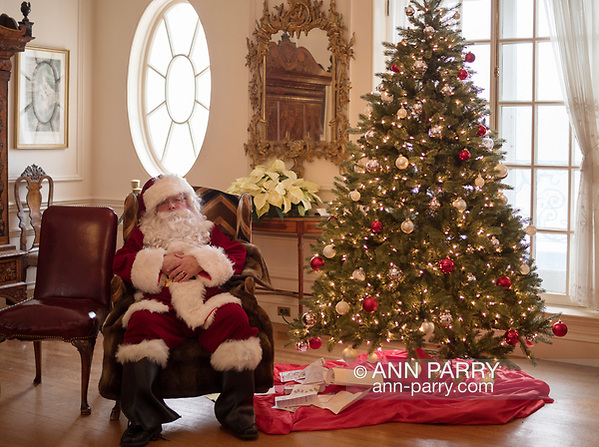 Bob lingered longest in the bedroom with a large-scale model train traveling around the room, disappearing for a while each lap as it followed tracks under the bed.

Visitors of all ages also enjoyed the charming scene in Mrs. Phipps’s bathroom, where deer and penguins watched a fawn take a bubble bath in the green and white bathtub. 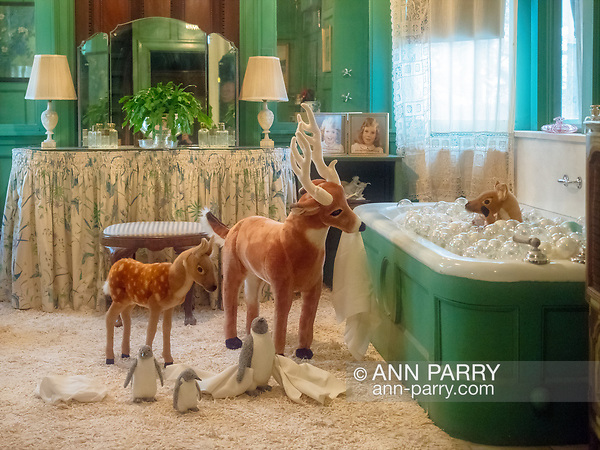 As closing time neared, we visited the Porch facing West, with its three walls of windows, and enjoyed hot cider and the panoramic, ungilded dusk view.

And when it was time to go, we made our way through the snow once again.