“ALL ABOARD!”  After photographing several Open Houses at the Train Masters of Babylon Model Train Club HQ, I’m still spellbound whenever I step into the O-gauge sized universe created with such skill and care by its members. 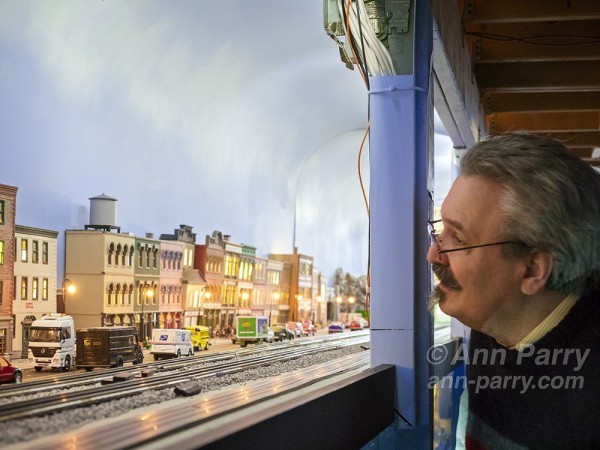 When I went with friends to one of TMB’s recent open houses, we started slowly winding our way around the intricate track layouts with stunning scenery, and soon I lagged behind, since I was waiting to catch a train (photographically). 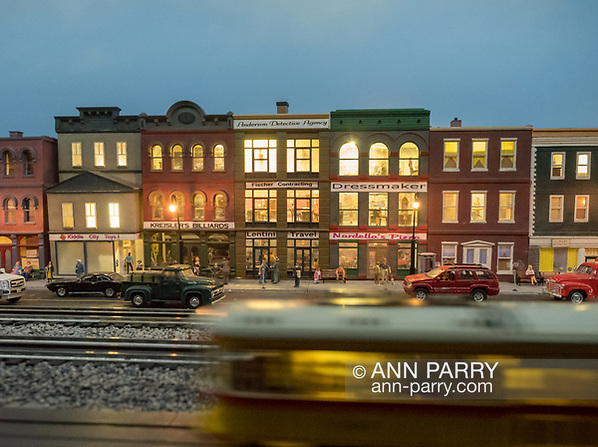 After a grand circular tour of the layouts, I chatted with TMB club members, and – faster than a speeding locomotive – said yes to TMB President DAVE WILLIAMS‘ offer to view, for my first time, their multi-level model train universe from high up in the Controller Loft stretching across the east wall. 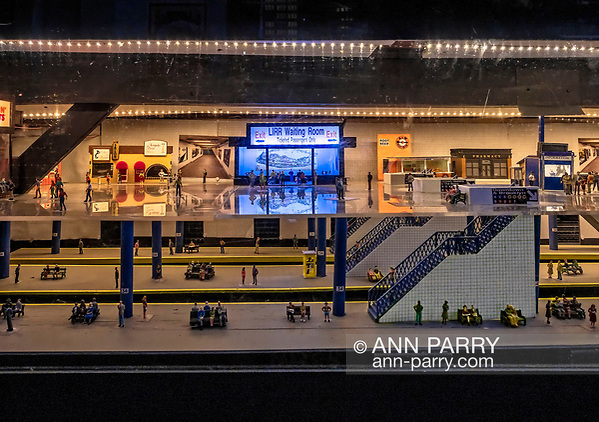 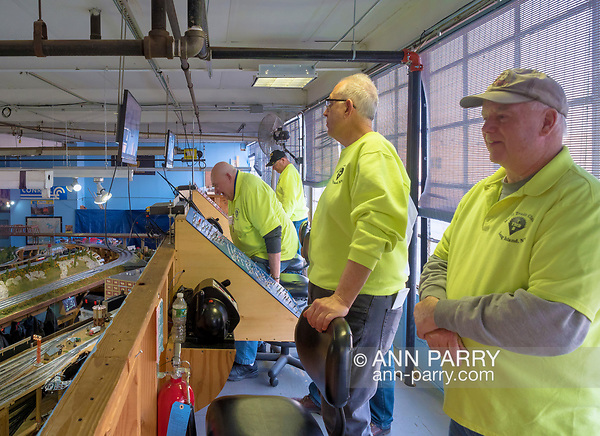 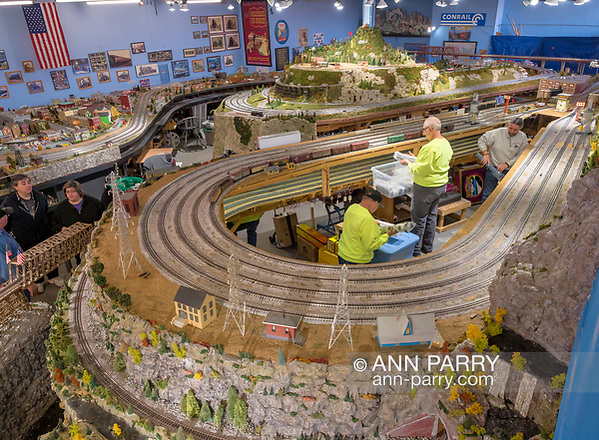 Where can you see a three-ring circus, NYC subway line, and real prop used in a mob hit scene on The Sopranos?  At the Train Masters of Babylon Model Train Club HQ in Long Island! 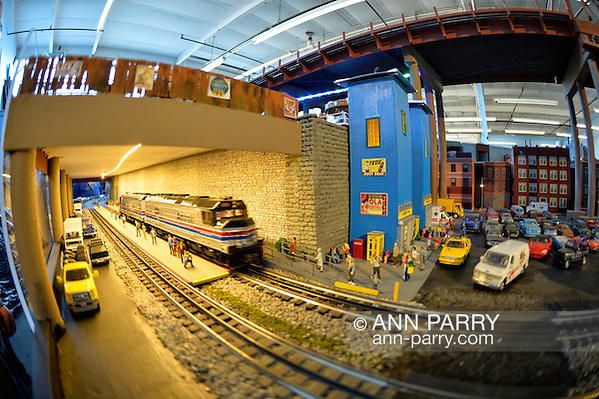 Last Saturday, during the long Thanksgiving Weekend, I spent a couple of hours that sped by all too quickly at TMB’s Open House, which was free and open to the public, as all their Open Houses are. 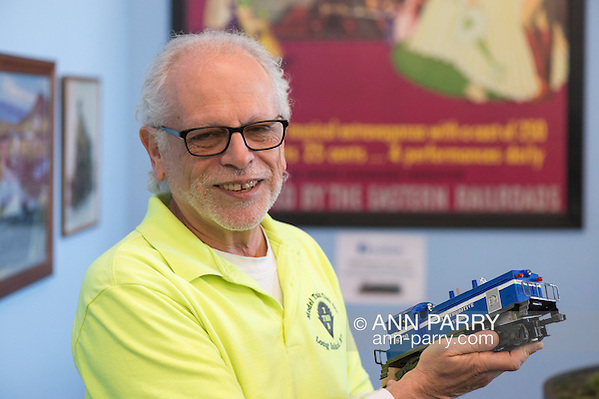 BAKE TURNER, a TMB Model Train Club Board Member, told me how the club – which is a Lionel Ambassador for 2016-17 – moved from Lindenhurst to their Farmingdale location four years ago, and they’re still expanding the elaborate O-Scale layouts, including developing one vertically up a wall! 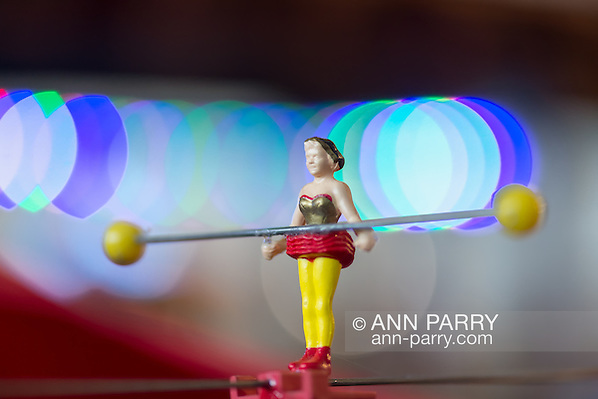 Young children perched on parents’ shoulders; adults bent down to inspect the subway line; and lots of arms, short and long, pointed to trains whizzing around the 19 scale miles of track winding through fantastically detailed landscapes, towns, tall cityscapes…. 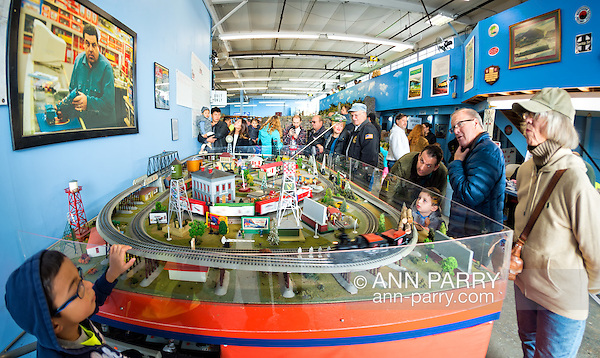 And then there’s the club’s star attraction: the actual train layout featured in “The Blue Comet” episode of The Sopranos HBO television series. It wasn’t until shortly after my visit I realized the layout was complete with “blood stains” from Bobby Bacala’s execution, so I want to return to the scene of that crime during a future Open House.

In the Jan. 2019 issue of Model Rail, the UK model train magazine, editor Richard Foster writes that The Blue Comet episode of HBO’s The Sopranos is his favorite TV episode featuring a model train.

Along with info about the episode and TMB Model Train Club, Foster’s “Backscene” article (page 146) includes one of my news photos of the actual TV prop on display during TMB’s Open House.

The Model Rail  January 2019 digital back issue is currently available for purchase at the PocketMags site (which I have NO relationship with).