On Tuesday, former President Bill Clinton headlined an Organizing Event for his wife Hillary Clinton, the leading Democratic presidential primary candidate, at The Vault in Elmont. 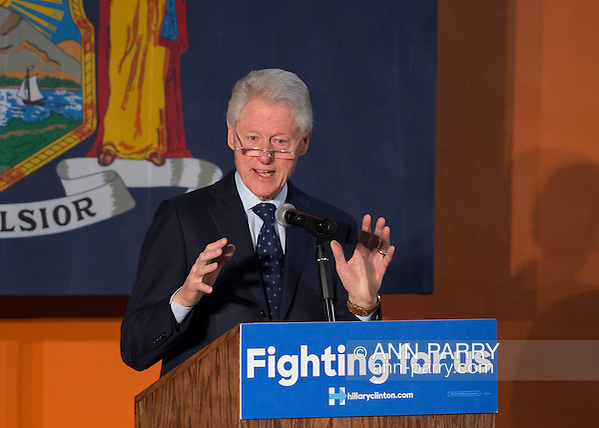 Assemblyman TODD KAMINSKY, the Democratic candidate for the Special Election to fill the New York Senate seat left vacant by Skelos, introduced Pres. Clinton to a room that appeared packed beyond capacity with Hillary Clinton supporters, plus media. 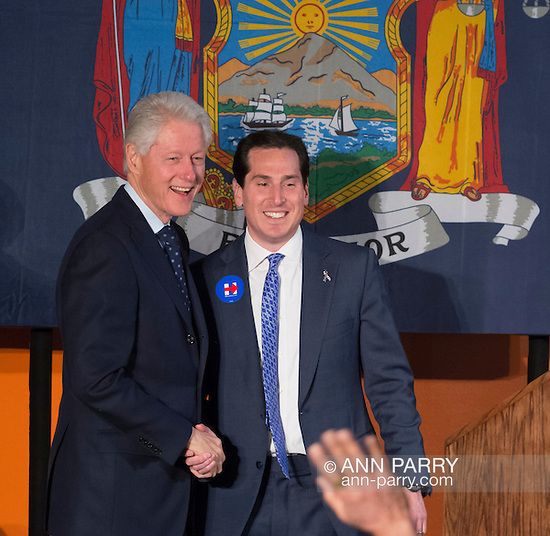 After a campaign speech often punctuated with loud cheers and and applause from the audience, Pres. Clinton spent about 20 minutes exiting the room, as audience members took cell phone photos of, and with, the 42nd President of the USA. When Clinton had all but left, someone handed him a baby as cute as her crying was loud, and the President posed for more photos.

FYI: The New York presidential primary and the New York State Senate seat special election are both scheduled for April 19, 2016.