This Tuesday, the wet, windy weather didn’t stop 15 members of Together We Will Long Island – TWWLI – from driving to 145 Pine Lawn Road in Melville, where they gathered in the lobby and then took the elevator up to Senator CHUCK SCHUMER‘s office. 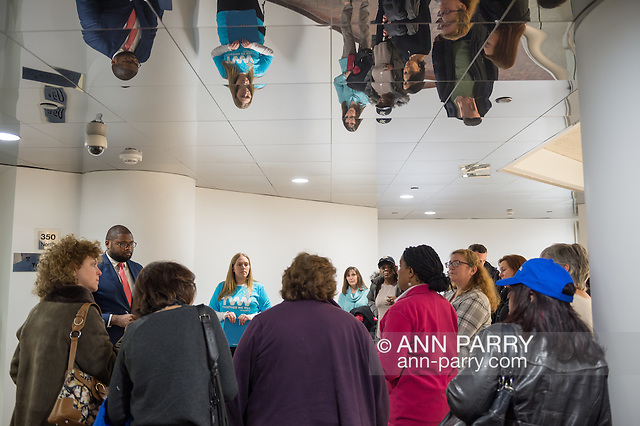 It was the first Resist Trump Tuesdays – when activist groups such as MoveOn, Indivisible, and TWW visited the members’ federal government representatives to express concerns related to President Trump.

A group member knocked on Schumer’s door, and when a staffer answered, it was clear the office couldn’t fit the 15 members, so they met with GARRET ARMWOOD, the senator’s L.I. Regional Director, in a nearby hall surrounding a circular staircase.

SUE MOLLER, who’s one of TWWLI’s admins, and my daughter, had arranged the group’s drop-in visit and written a letter to the senator that stated the group’s concerns over Trump’s Cabinet appointees. After she read the letter to Armwood, several group members asked him questions and brought up additional concerns.

Later, back in the lobby, the members agreed the meeting was a success. TWWLI plans to continue dropping by Senator Schumer’s office to express their concerns regarding Trump each Tuesday* during the President’s first 100 days in office.  (*see update below) 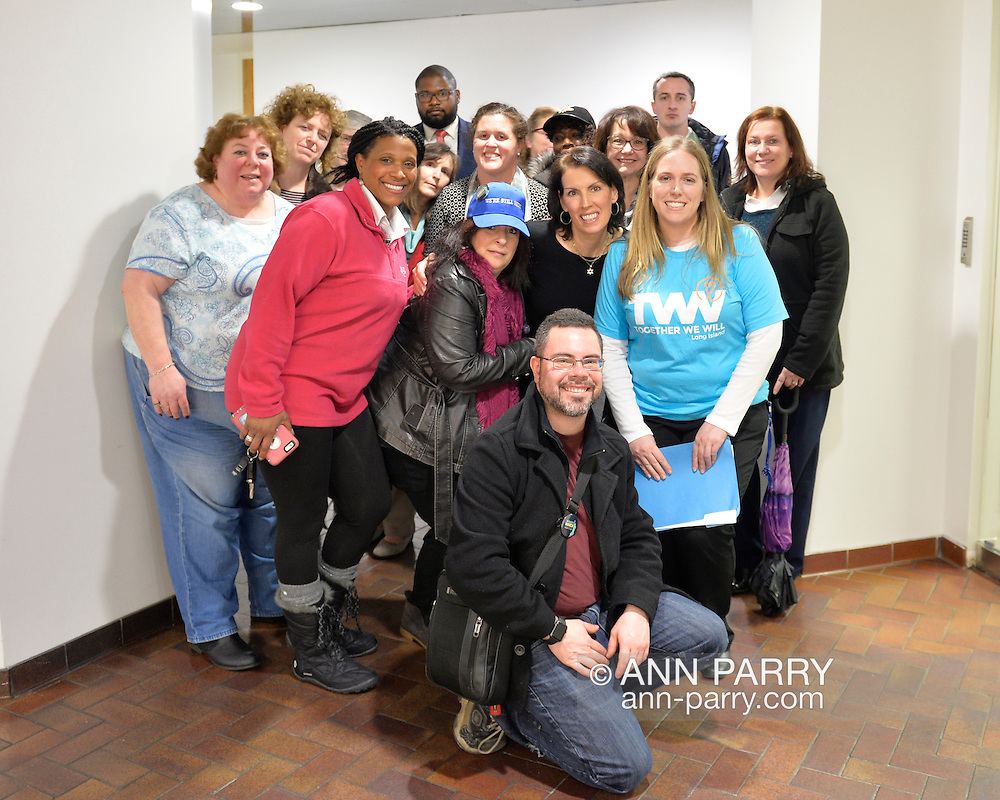 UPDATE – Feb. 6, 2017:  On Resist Trump Tuesdays, members from more than one activist organization continue to protest outside the Melville offices of Senators Gillibrand and Schumer.

TWWLI aims to communicate as effectively as possible its ongoing concerns about Trump’s goals & actions. So, at this time, rather than have a large group of TWWLI members go to the senators’ L. I. offices, a few of them drop off items such as members’ short videos (that will also be posted on twitter) and notes at each office.