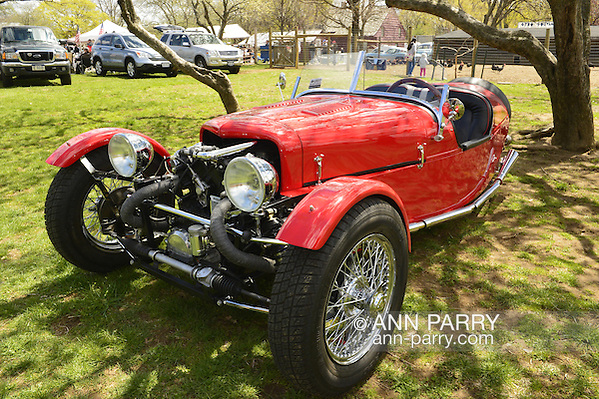 By mid-morning on Monday, May 30, the rain and lightning stopped, and gray skies slowly turned blue, so it turned out a better day than expected to photograph two New York Memorial Day parades – first in Merrick and then Little Neck. 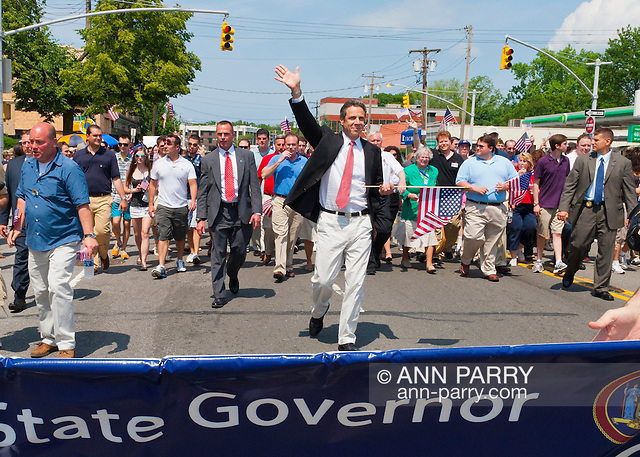 Photographing my hometown Merrick Memorial Day Parade was like a pleasant, festive stroll up Merrick Avenue, with plenty of time and room to go wherever needed along the two-lane street.

However, on that hot and humid afternoon, photographing Governor ANDREW CUOMO and his fellow marchers in the Little Neck-Douglaston Memorial Day Parade felt more like participating in an extreme sport.

A brisk walker, Gov. Cuomo frequently went from side to side of vast Northern Boulevard to shake hands or chat with Veterans and other onlookers; plus, I was surrounded by innocent people and banners best not to slam into.

Loved every minute of it.