It’s not surprising that well over a hundred children and adults flocked to Nunley’s Carousel Pavilion for the Mural Unveiling Ceremony, and the free refreshments and carousel rides.

My parents brought my brothers and me to Nunley’s to ride the carousel, play miniature golf, and have pizza during the late 1950’s to 1960’s.

My daughters’ dad and I brought them to Nunley’s during its last ten years in Baldwin.

My grandson and granddaughter have each had a birthday party at Nunley’s Carousel in Museum Row in Garden City.

And that’s just a glimpse of how Nunley’s Carousel touched one multi-generational Long Island family.… 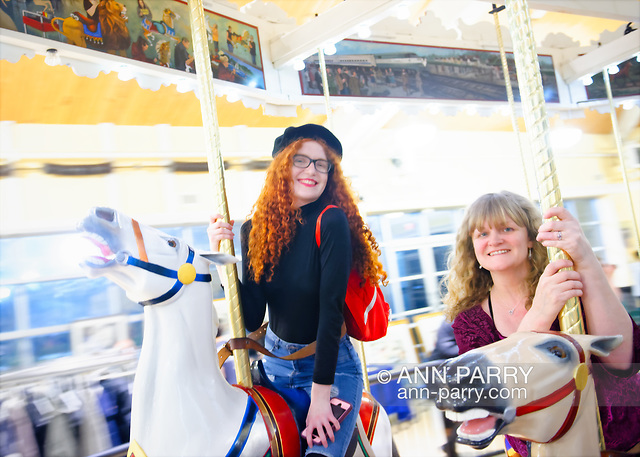 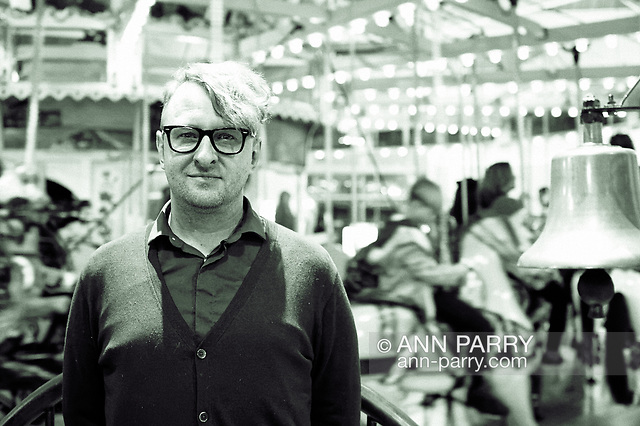 Artist Michael White, a Baldwinite, shared memories of Nunley’s and explained he chose to paint a closeup of the carousel’s lead horse – which wears a striking red, white and blue banner on its shoulder, and red roses in its mane – because the acrylic mural is 7 feet tall and about 5 feet wide, so including a vast scene such as the whole carousel wouldn’t make sense.

The mural has an uncommon shape – at first glance it looks like a rectangle, but it isn’t.

The mural’s base is wider than its top, and they’re parallel.

Its sides aren’t parallel, but are equal in length, and have equal angles where they reach the bottom.

In short, with the help of two long words, the mural is an isosceles trapezoid.

White’s acrylic equine needs to be that shape to fit the permanent home it’s heading to soon.

This spring, the mural is scheduled for an outdoor installation on a trestle pillar of the Baldwin LIRR Train Station, only a 1/3 mile from the location of Nunley’s Carousel & Amusement Park in Baldwin from 1940-1995.

If my brothers and I, or if my daughters, had headed northwest after a visit to Nunley’s Carousel in Baldwin, we could have walked to the Baldwin Station in the time it takes to play the above video twice. 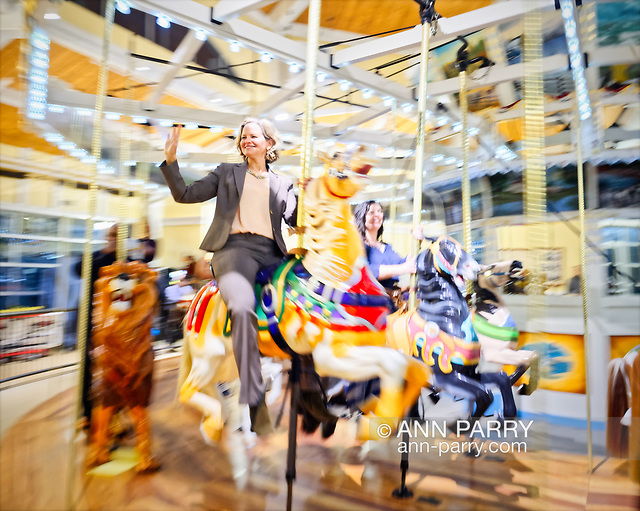 On the Carousel of Time

During the mural unveiling ceremony, many of the above shared their memories, from those decades ago to recently, of Nunley’s Carousel. 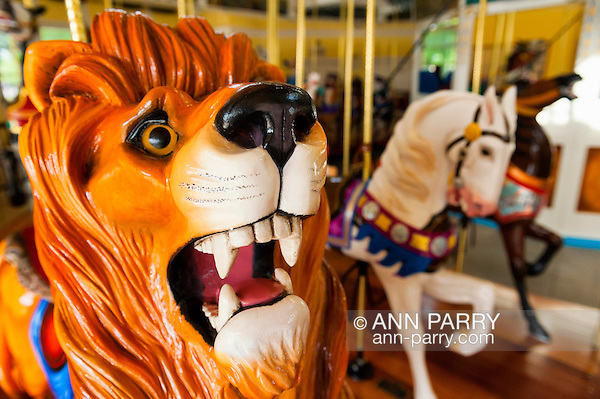 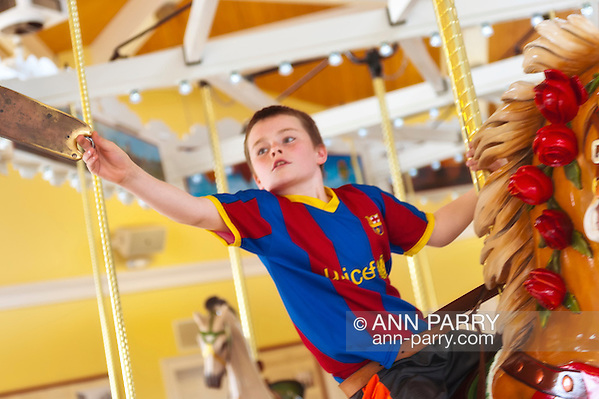