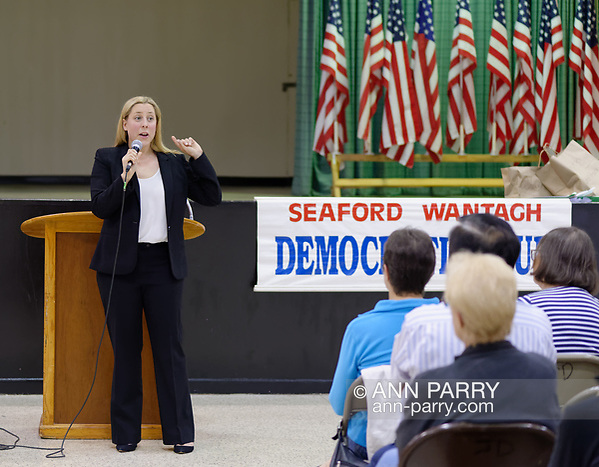 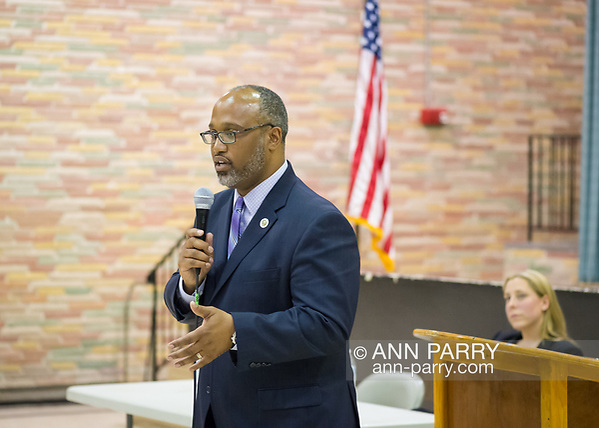 The two Democrats, not surprisingly, have much more in common than not, but there are differences and points they each stressed.

Gregory is the Majority Leader of the Suffolk County Legislature, where he’s been legislator for the 15th District since 2008, compared to Grechen Shirley who hasn’t held an elected office.

Grechen Shirley’s fundraising efforts have been more successful; plus, the mother of two toddlers recently gained national attention when she became the first female congressional candidate to get FEC approval to use campaign donations for childcare when she’s working on her campaign.

The following short videos – each about 5 minutes – are Gregory’s and  Grechen Shirley’s closing statements, and give insights about the candidates and the goals each would have if elected to congress:

The candidates most forcefully voiced opposition for their Republican opponent running for his 14th term, Rep. Pete King, a politician they agreed neither reflects the values, nor serves the needs, of his constituents well.

When an audience member asked Gregory and Grechen Shirley what would happen if he or she didn’t win the June 26th primary – each promised to support the winner’s campaign to unseat King.

[DISCLOSURE: Photography I’ve done for Grechen Shirley has appeared elsewhere, but nowhere on this blog.]